Shadows in the Night - Rolling Stone
×
× 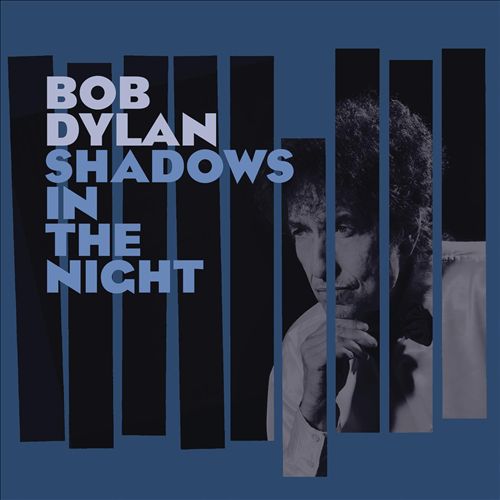 As an encore at almost every show on his North American tour last fall, Bob Dylan performed an unlikely ballad: “Stay With Me,” recorded by Frank Sinatra on a 1964 single and written for a 1963 film, The Cardinal, about a young priest who ascends to a post in the Vatican. Sinatra cut the song, a prayer for guidance, as if from on high, in orchestration as grand as papal robes. On this quietly provocative and compelling album, Dylan enters the words and melody — as he did onstage — like a supplicant, in a tiptoe baritone through streaks of pedal steel guitar that suggest the chapel-like quiet of a last-chance saloon. But Dylan’s need is immediate, even carnal, and he pleads his case with a survivor’s force, in a deep, shockingly clear voice that sounds like rebirth in itself. In stripping the song to pure, robust confession, Dylan turns “Stay With Me” into the most fundamental of Great American Songs: a blues.

Dylan transforms everything on Shadows in the Night — 10 slow-dance covers, mostly romantic standards from the pre-rock era of American popular songwriting — into a barely-there noir of bowed bass and throaty shivers of electric guitar. There are occasional dusky flourishes of brass (the moaning curtain of horns in “The Night We Called It a Day”), but the most prominent voice, other than Dylan’s, is his steel guitarist Donny Herron’s plaintive cries of Hawaiian and West Texas sorrow. Sinatra is a connecting presence: He recorded all of these songs, and Dylan made Shadows at the Capitol Records studio in Los Angeles where Sinatra did his immortal work for that label. Sinatra even co-wrote the first song, “I’m a Fool to Want You,” in 1951. When Dylan crawls uphill through the line “To share a kiss that the devil has known,” it is easy to hear Sinatra’s then-tumultuous romance with Ava Gardner — along with echoes of the wounded desire Dylan left all over Blood on the Tracks.

Yet Shadows in the Night is less a tribute to Sinatra than a belated successor to Dylan’s 1992 and ’93 LPs of solo folk and blues covers, Good as I Been to You and World Gone Wrong: a spare, restorative turn to voices that have, in some way, always been present in his own. “Autumn Leaves” and Irving Berlin’s “What’ll I Do” are the kind of ladies’ choices Dylan surely played with his Fifties bands at school dances. “That Lucky Old Sun” (Number One for Frankie Laine in 1949) turned up in Dylan’s early-Nineties set lists, but that’s no surprise: Its near-suicidal resignation is not far from that of Blind Willie McTell’s “Broke Down Engine,” on World Gone Wrong, or Dylan’s own “Love Sick,” on 1997’s Time Out of Mind.

The great shock here, then, is Dylan’s singing. Dylan’s focus and his diction, after years of drowning in sandpaper, evoke his late-Sixties poise and clarity on John Wesley Harding and Nashville Skyline — also records of deceptive restraint and retrospect — with an eccentric rhythmic patience in the way he holds words and notes across the faint suggestions of tempo. It is not crooning. It is suspense: Dylan, at 73, keeping fate at arm’s length as he looks for new lessons, nuance and solace in well-told tales.