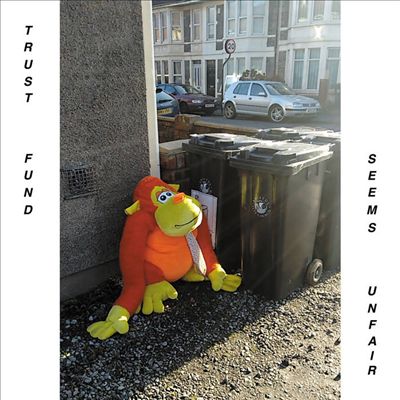 2015 has often seemed like an Epcot Center version of Nineties indie-rock, with charming little guitar bands who recall charming little bands of the past popping up almost too fast to keep track of. Here’s another one: Bristol, England’s Trust Fund (a.k.a. singer-guitarist Ellis Jones plus some mates) is cut from the same noise-pop cloth as Joanna Gruesome (who they did a split single with in 2014), playing a power-pop version of My Bloody Valentine’s shoegaze glide, with an added pinch of Sixties folk-pop whimsy à la Nineties bliss-poodles like the Lilies, Papas Fritas and the Hang Ups.

On their second album of 2015, pencil-necked Elliott Smith/Art Garfunkel vocals float like eddying autumn leaves over guitars that are as cozy as a wool cardigan over a tattered Ramones T-shirt. Ellis drops lyrics that can feel as glazed and poetic as the music (“So quiet for so long/Half the cars have their lights on”) or come off like the oblique strategizing of a bedhead reality-dodger finally trooping out into the foothills of real life and already divining some sage wisdom. “When we stop feeling weird in 10 or 12 or 15 years/What will we even have to talk about?/Football,” he chimes on the album’s best song, which comes with an adorable video where the band plays English sports in the sun. Keep making records like this, and they’re bound for the Champions League.