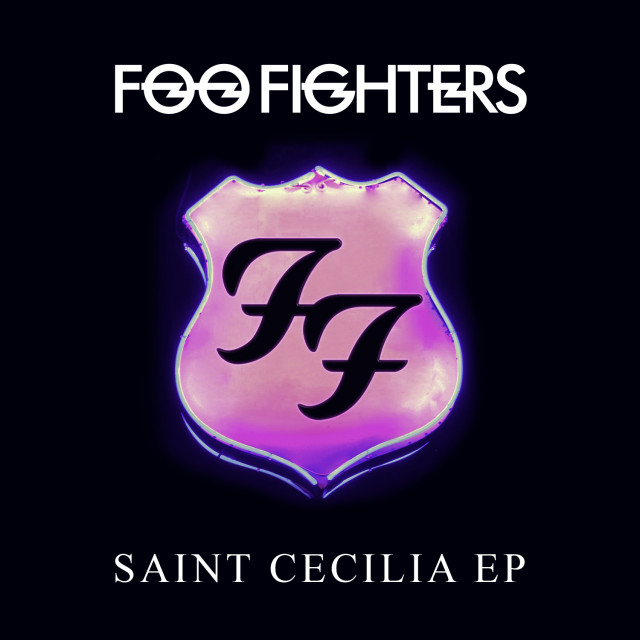 “Have you ever been dumb enough to do what you wanted to do?” Dave Grohl croons on the swampy ballad “Iron Rooster,” the sole respite from rocking on Foo Fighters’ Saint Cecilia EP. The lyric is more a dare than a question, and it captures the spirit of the hard rockers’ bucket-list mantra of recent years, as they’ve trotted across the U.S. to make Sonic Highways, sidled up with Stevie Nicks and Rick Springfield for Sound City experience and toured with a giant throne instead of a wheelchair. This is a band that loves a good challenge.

Saint Cecilia is the result of Grohl & Co.’s latest test: This fall, they decided to see if they could make a recording over the course of 11 days while holed up in an Austin hotel named after the patron saint of musicians. Unsurprisingly, they succeeded, walking away with five tracks that are as strong and focused as any on Sonic Highways. To celebrate, they released the EP for free as a “thank you” to fans and as a way to ask people to donate money to the victims of the recent terrorist attack on an Eagles of Death Metal concert in Paris.

The songs, some of which date back decades (“The Neverending Sigh” is 20 years old!), sound surprisingly consistent considering the recording session would be a rush job for any other big-time rocker. The title track charges forward with classic-rock aplomb, a little sci-fi synth here, some syncopated boogie-woogie riffs there, as Grohl prays for healing. (Fair enough: He’s suffering a bum leg after his fall off a stage this year.) Elsewhere, “Sean” exudes Nineties alt-rock guitar tension (à la any classic Foo hit), “Savior Breath” channels Motörhead’s speed-fueled locomotive rock blasts and the well-aged “Neverending Sigh” contains punky, grungy guitars and the sort of strong everyman hook (“No one lets everybody in”) that makes you wonder why Grohl’s held onto it for all these years.

Only “Iron Rooster” – whose jazzy bridge asks “Can you believe that we’re older?” after a mournful Gary Clark, Jr. guest solo – suggests real adult worries. Everything else is adrenaline, and that’s not a bad thing. Here’s hoping these guys never stop being dumb enough to do what they want to do.