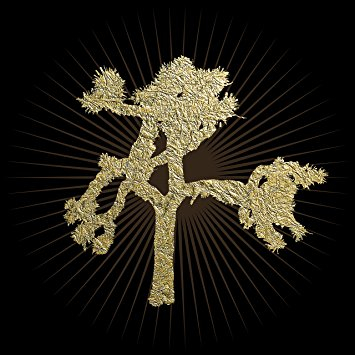 The Joshua Tree, released in 1987, is U2 at their biggest: 11 sweeping, aching anthems to self-doubt, humanity, hope and America-focused anxiety – all straightforward and pop-savvy enough to propel them from arenas to stadiums. It was the fastest-selling album in U.S. chart history when it topped Billboard in 1987, and currently sits at 10 times platinum, an album so huge that the band is playing the record in its entirety on an arena tour 30 years later. The second retrospective box set (the first appeared in 2007) is a giant, four-CD (or weighty seven-LP) collection that features the pristine-sounding original album, a previously unreleased concert recording from New York, new remixes, B-sides, never-before-released outtakes and a book of photography by the Edge.

The band sound energized and even playful on the Madison Square Garden performance (fans may recognize the gospel-tinged “I Still Haven’t Found What I’m Looking For” with its Bob Marley outro from 1988’s Rattle and Hum). Bono does his best preacher impression on “Bullet the Blue Sky,” while the Edge plays soaring, Led Zeppelin-y slide guitar. The ominous meditation on a psycho killer, “Exit,” features a snippet of Them’s “Gloria,” à la Patti Smith. Bono yells, “Fuck it up, Edge” before the solo in “In God’s Country,” and he calls the “Trip Through Your Wires” “sort of a love song” that he dedicates to himself. It’s a brilliant snapshot of the band, even if it omits the cover of the Beatles’ “Help” and their own “Bad” and “Spanish Eyes,” all played that night. (A concert film of this show, or any other on the original Joshua Tree tour, is the only missing ingredient in the box.)

It’s notable that the band chose a recording from New York for this set, as Joshua Tree plays like a bittersweet love letter to the U.S., from the angsty “Bullet the Blue Sky” to the uneasy “In God’s Country.” “As the album was being recorded, we consciously tried to evoke the landscapes of America with our music,” the Edge wrote in an essay accompanying his photos. “This mythical America or ‘Amerika’ – described for us in the movies of Scorsese, Coppola, Wim Wenders, in the music of the blues, and by the authors we were reading at the time … was a place of fascination for us. The promised land, both brutal and beautiful.” Imbued with their own distinctly Irish viewpoint (captured most notably in “Red Hill Mining Town,” written a few years after the U.K.’s mining strike, and “Running to Stand Still,” about a heroin-addicted couple in Dublin), it’s a note they never struck quite the same way again. But it’s rich enough to resonate in new ways decades later, especially in the some of the LP’s attendant deep cuts.

The previously unreleased Steve Lillywhite alternate version of “I Still Haven’t Found What I’m Looking For” presents the song as more of a straight-ahead rock song with acoustic rhythm guitar and almost funky rhythms. Co-producer Brian Eno’s “One Tree Hill Reprise,” made this year, presents a more impressionistic and altogether Eno-esque take on the album standout, adding swelling string sounds before fading away like a river to the sea. The rest of the outtakes and B-sides, which appeared on the 20th anniversary box set in 2007, provide looks at the streets with no name the band daren’t not travel, including the original version of “Sweetest Thing,” the moody “Wave of Sorrow,” springy “Rise Up” and ambient “Race Against Time.” “Drunk Chicken/America,” which features an Allen Ginsberg poem, is also weird enough to show they knew how to cut loose.

The only dicey part is an uneven disc of six remixes: some provide new insights, others fall flat. Jacknife Lee’s “Bullet the Blue Sky” presents the hard-rocking track as something of a slamming Nine Inch Nails industro-rocker with a cleaner take on Bono’s vocals; and co-producer Daniel Lanois turns “Running to Stand Still” into a sweet crooner. Worst are a pair of exercises in restraint: a decidedly minimalistic “With or Without You,” for which Lanois has removed all vestiges of the Edge’s guitar, and a downright bizarrely muted, unenjoyable interpretation of “Where the Streets Have No Name,” which mostly sounds like you’re hearing the tune through your neighbor’s wall, courtesy of longtime U2 collaborator Flood. But these are mostly curiosities packaged in a wealth of material. With three other discs and a book of the Edge’s moving black & white portraits of the band in the California desert, the box is a thorough portrait of a band on the verge, ready to burst into the arms of America and the rest of the world.