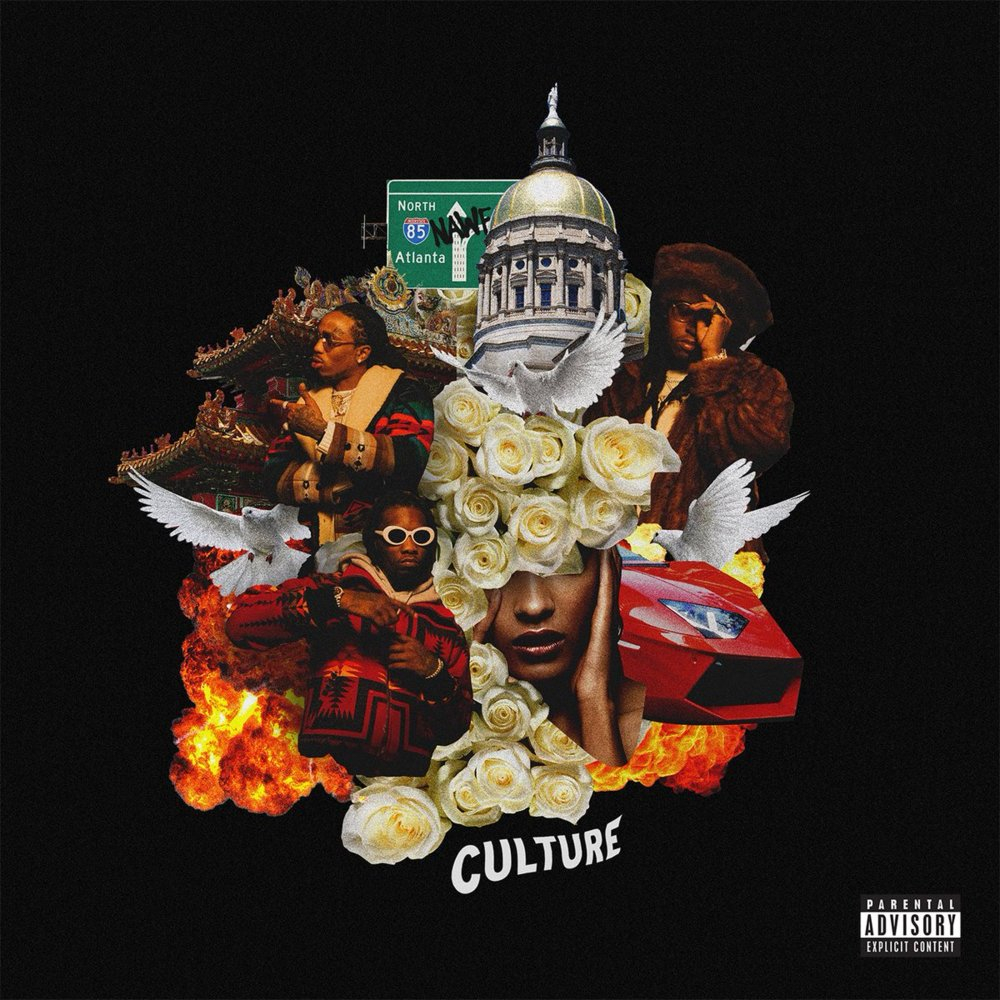 After accepting two Golden Globes, Atlanta auteur Donald Glover said that local hip-hop motormouths Migos are “the Beatles of this generation” – and it was more than just a nice moment of civic pride. The Fab Three are in the midst of bending their world to their vibrant, dizzying, hormonal, high-energy, lust-for-life vision. The most influential Southern rap crew of the last few years, Quavo, Offset and Takeoff never broke the Top 40 until this month, but they popularized vivid slang terms like “bando” and “pipe it up,” which are now social-media shorthand. Last year’s “Look at My Dab” popularized a dance craze so huge it trickled up to Paul Ryan, who did it on CNN after helping destroy health care.

But the heart of Migos’ appeal is their hyped-up, polyrhythmic rhyming, a constant barrage of rapid-fire, rat-a-tat patterns set against sparkling, sumptuously funky tracks. Their exuberant, frenetic flow has been emulated by platinum stars like Drake, Kanye West and J. Cole among many others. The idea of colliding a fast triplet feel over funky 4/4 beats originally migrated about 400 miles west from Memphis, but Migos made it a recipe for success on 2013 mixtape tracks like “Versace” and “Bando.” It’s pop music, certainly, but it’s hard to think of anyone this concerned with polyrhythm outside of West African music, avant-garde jazz or progressive metal bands like Meshuggah. Listening to Migos can feel like speeding down a cobblestone alley in a drop-top convertible on triangular tires – wild fun that jostles to its own beat.

The group’s subject matter, celebrating the spoils of the crack game and the rap game, is nothing that hasn’t been documented in the past two decades of Atlanta trap rap, but their joie de vivre about going from nothing to something (or, as Quavo raps in beautiful prose, “came from Cup o’ Noodles”) is giddy and irresistible. Six years in and they’re still rapping about balling out mansions, minks, necklaces, watches, $300,000 dentist bills, Bentley mall trips and Shane’s Rib Shack. They call it “new money,” and while it don’t get everything, it’s true, what it don’t get, Migos can’t use.

Migos’ second LP doesn’t break from the Ramones-like consistency of the onslaught of mixtapes they’ve released during the past six years, or their official 2015 debut, Yung Rich Nation. The beats are booming, the flows still rattle off like Tommy Guns and there’s dreams about swimming in a pool full of cash. If Migos are indeed the new Beatles, Culture could be any of their pre–Rubber Soul albums: A taut, infectious, reliable, no-bullshit collection of 12 songs, almost all of which could be singles. “All Ass” treats the crack-whipping action “beat the pot” like a nursery rhyme, “Deadz” puts “ah ooh!” exultations into a Game of Thrones gladiator march, and “Big on Big” continues their uncanny knack for fun catchphrases.

But Culture also sees Migos upping their game musically, working with some of Atlanta’s hottest producers (Metro Boomin, Zaytoven) to cook up stickier melodies than ever, from the menacing-yet-fun calliope swirl of “Call Casting” to the hit “Bad and Boujee,” a boom-heavy, moody-keyboard creeper in which Offset raps, “We came from nothin’ to somethin’,” giving this victory lap some American-dream gravity.

The stronger material helps bring out classic pop elements in Migos’ sound: the way emphatic ad-libs (“Cash!” “Skrrt, skrrt!”) are an update of James Brown’s ineffable ejaculations; the way they can say a lot with a little (“Bando to a mansion/You having condo status”); the deliciously quick punchlines (“Diamond dripping on me, Nickelodeon”); and their effortless vocal gymnastics. Take “T-Shirt,” where Takeoff stacks a whopping 14 variations on the same combination of “i” and “a” vowel sounds: “Young nigga poppin’ with a pocket full of cottage/Whoa, kemosabe, chopper aimin’ at your noggin/Had to cop the Audi, then the top I had to chop it/Niggas pocket-watchin’, so I gotta keep the rocket.” If they ever shoot for a Sgt. Pepper, it’ll be some kind of party.