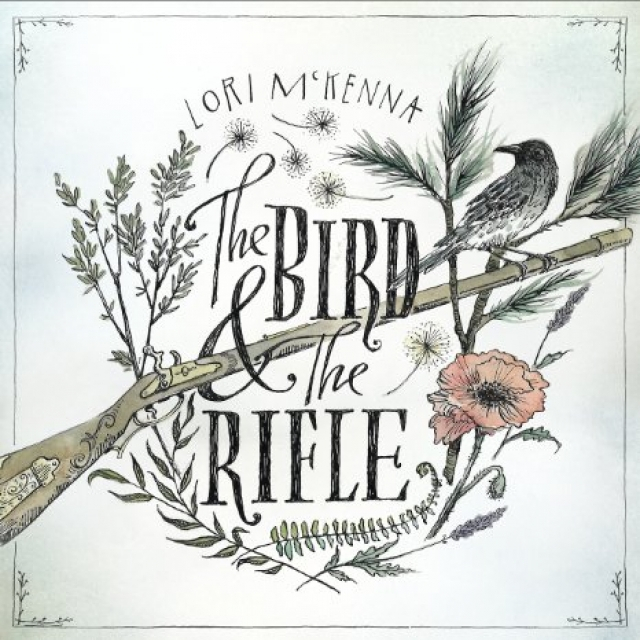 A list of Lori McKenna’s writing credits includes some of the most emotionally fine-tuned country songs of the past few years: see Little Big Town’s “Girl Crush,” Brandy Clark’s “Three Kids No Husband,” and Tim McGraw’s recent number Number One, “Humble and Kind.” But McKenna’s roots lie in the stalwart folk scene of Massachusetts, her longtime home, and her own records indulge storytelling that tend to bypass supposed Music Row verities for more interesting places. That’s been their strength, and on her latest, country Dave Cobb ups the production ante to match, adding to 2016’s bumper crop of outstanding, outside-the-box country LPs, many which Cobb’s produced (Sturgill Simpson’s A Sailor’s Guide To Earth, the multi-artist Southern Family compilation, Brent Cobb’s forthcoming Shine On Rainy Day).

The sound of The Bird & the Rifle conjures the Seventies singer-songwriter heyday of lyric-driven, lushly arranged acoustic-guitar based music triangulating folk, rock and country. Here, backdrops unobtrusively serve storytelling, which is indelible. The title track, which opens on a faintly oblique metaphor for a couple, gradually unpacks to reveal crisis and resolution; it’s elusive enough to invite repeated listens (McKenna got the images from a second-hand story about a tattoo). “Halfway Home” is a drive-of-shame morning-after narrative that becomes a maternal talking-to on the chorus, which notes “he’d be driving you home if he was worth half a shit and his daddy had raised him up right.” McKenna’s own reading of “Humble and Kind” delivers its folk wisdom with humility, banishing the whiff of sanctimony in McGraw’s reading.

McKenna’s a master of songs that accept regrets like scars. “We Were Cool” is a rueful anthem (quite autobiographical, it turns out) about kids who listened to “‘Smells Like Teen Spirit’ on tape cassette,” recalling how they “we were gonna burn this town down” but instead wind up pregnant “the year our friends started school.” But the most vivid song here is “Giving Up on Your Hometown,” maybe the most remarkable script-flip on the shopworn hometown-pride trope of since Kacey Musgraves’ “Merry Go ‘Round.” The images could be out of Alice Munro – the cheap motel that’s always seems open, with “a fresh water shark in a small fish tank behind the counter/Door’s always locked and ya gotta prepay in cash by the hour.” Delivered with chilling sweetness, it’s nostalgia un-blindered, a testimony to the fact that you often can’t go home – to hijack her line – even when you never leave it.