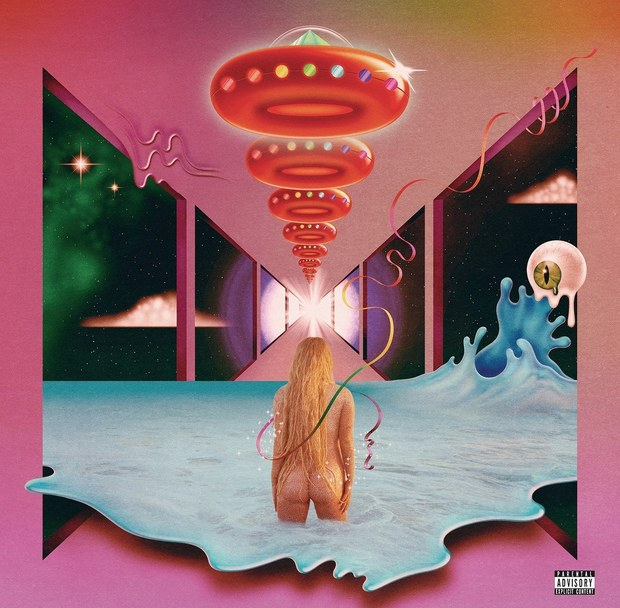 In 2012, wild-child pop diva Kesha hit a high point with her dirty, glitter-soaked rock album, Warrior. But she’s spent the past five years in silence, embroiled in a grueling legal battle with her most frequent collaborator, superproducer Dr. Luke, whom the singer accused of physical and emotional abuse.

On her excellent comeback record, Rainbow, Kesha channels that drama into the best music of her career – finding common ground between the honky-tonks she loves (her mom is Nashville songwriter Pebe Sebert) and the dance clubs she ruled with hits like “Tik Tok” and “Die Young,” between glossy beats, epic ballads and grimy guitar riffs. In the process, she also finds her own voice: a freshly empowered, fearlessly feminist Top 40 rebel.

The LP opens softly with “Bastards,” a ballad ripe for a campfire singalong. Above acoustic guitar, her once-Auto-Tune-weary vocals breathe easy as she nimbly and confidently shows off  her underappreciated range, singing, “Don’t let the bastards get you down.” It’s followed by the glam-punk kiss-off “Let ‘Em Talk,” where she’s joined by Eagles of Death Metal. Kesha executive-produced the album, working with a team that included everyone from Ryan Lewis to Ben Folds to her mom. Across the board, she achieves a careful balance of her diverse musical selves: The gospel-tinged “Praying” takes the high road by wishing the best to the people who have hurt her, and “Woman” is a blissfully irreverent, proudly self-sufficient retro-soul shouter backed by Brooklyn funk crew the Dap-Kings.

Kesha used to sing about partying with rich dudes and feeling like P. Diddy. Rainbow is full of sympathetic (if at times cloying) prisoner metaphors and therapist clichés: “Live and learn and never forget it/Gotta learn to let it go,” she repeats on “Learn to Let Go.” Luckily, she also showcases her absurdist sense of humor. On the standout “Hunt You Down,” she evokes June Carter with a devilishly threatening country ditty: “Baby, I love you so much,” she sings in the most innocent Southern-belle voice she can muster, then warns, “Don’t make me kill you.” On “Godzilla,” a gloriously surreal slice of indie-folk kitsch, she imagines what it might be like to fall in love with a cartoon monster, creating a lighthearted novelty out of chaos and destruction.

The album’s most powerful moment is a cover of the 1980 Dolly Parton ballad “Old Flames (Can’t Hold a Candle to You)” – Sebert’s biggest country hit as a songwriter. Parton herself helps out on guest vocals. But this isn’t some Grand Ole Opry homage. Kesha flips and filters it through her dreamy vision, turning the sweet tune into rousing rockabilly until the standard sounds refreshed and vividly modern, battle-tested and born again. Just like the woman singing it.