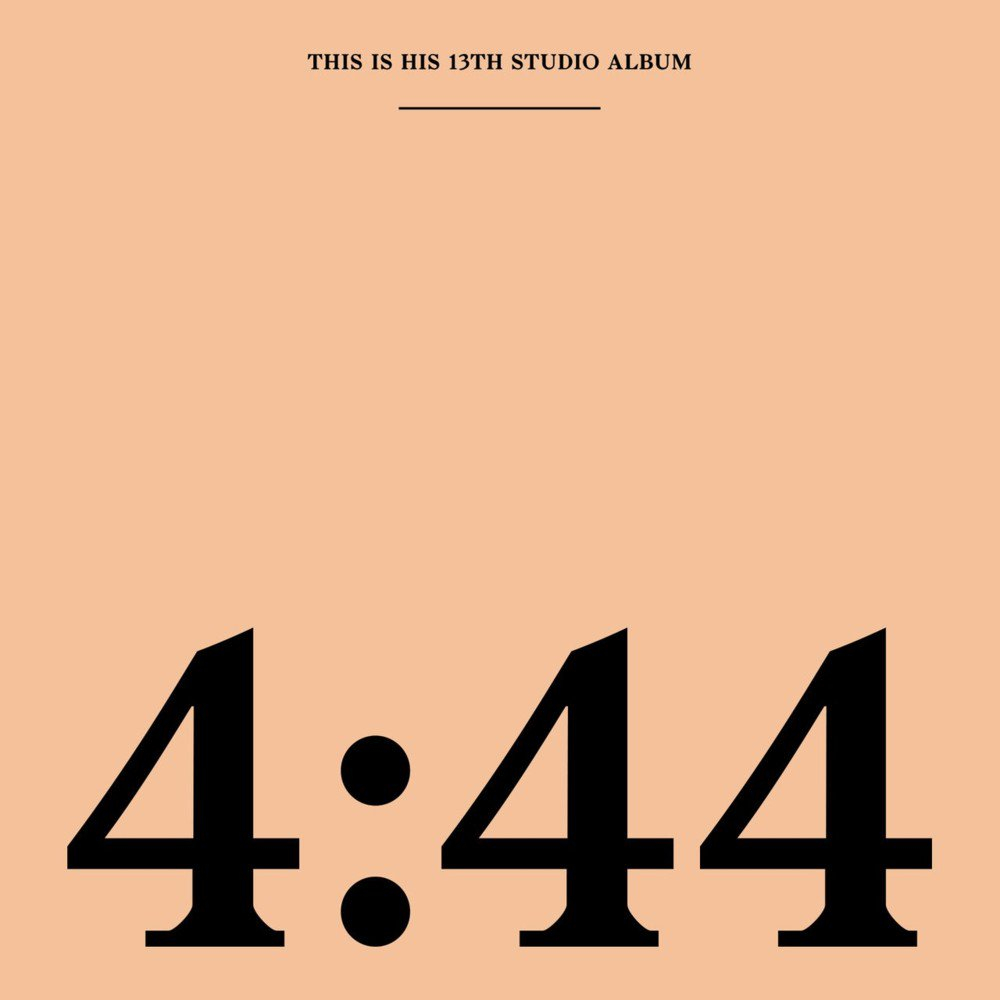 If you know anything about Jay-Z‘s illustrious and groundbreaking career as a rapper, label owner, entrepreneur and “business, man,” it’s that the Brooklyn native rarely has had time for apologies. He’s kept reinventing himself in varying degrees of gangsta rapper, pop star and wise veteran: brushing off pretenders to his throne on 2001’s The Blueprint, canonizing himself on 2003’s The Black Album, turning retro storyteller on 2007’s American Gangster, topping the pop charts with 2009’s “Empire State of Mind” and turned his soaring wealth and fame into luxury boasting on 2013’s Magna Carta Holy Grail.

So it’s unnerving to hear him apologize to his wife, Beyoncé Knowles, on the title track to his 13th album, 4:44. The key song finds album producer No I.D. (producer of Common’s seminal 1994 meditation on a lost hip-hop paradise, “I Used To Love H.E.R.”) looping British soul unit Hannah Williams & the Affirmations’ “Late Nights & Heartbreak” until Williams’ voice resembles a crying jag. Her sampled inflection seems to reduce Jay-Z to shame over his past marital infidelities. “I apologize for all the womanizing/Took my child to be born to see through a woman’s eyes,” he raps in a pained, chastened voice.

Jay-Z’s unusual vulnerability elevates 4:44 to something more than just a tawdry reality show. And the album is full of Love & Hip-Hop­­­-styled revelations: Released just Friday, there’s already been a wealth of Internet headlines that have sprung from 4:44‘s lyrical oeuvre. “Kill Jay Z” talks about a rupture in his longtime friendship with Kanye West, “Caught Their Eyes” takes shots at Prince’s former estate attorney L. Londell McMillan, “Smile” takes a dig at Beats co-owner and Tidal competitor Jimmy Iovine, “Family Feud” talks slick about Al Sharpton’s selfies. “Kill Jay Z” explicitly references the incident where Beyoncé’s sister Solange attacked him in an elevator at the 2014 Met Gala. Lines on “Smile” talk openly about his mother Gloria Carter coming out of the closet as a lesbian after years of weathering “society shame”: “Cried tears of joy when you fell in love/Doesn’t matter to me if it’s a him or her,” he raps appreciatively.

Jay-Z has long exulted in his reputation as the Most Interesting Man in Hip-Hop. In the years starting with 2006’s Kingdom Come, he has manipulated the popcorn gallery’s interest in his adventures into a bulwark against irrelevance, leveraging it for bigger-is-better pretensions, like racing cars with Dale Earnhardt Jr. and Danica Patrick in Monaco in the video for 2006’s “Show Me What You Got” and collaborating with famed performance artist Marina Abramović in the clip for 2013’s “Picasso Baby.” And while he may be at his most unguarded here, Jay-Z’s interest in black capitalism, and the monetization of black celebrity excellence as a means to enhance personal wealth hasn’t dimmed. “Financial freedom my only hope/Fuck living rich and dying broke,” he raps on “The Story of O.J.” However, he now seems to acknowledge that self-help strategies are not a panacea for the world’s ills. On the same song, he riffs, “Rich nigger, poor nigger, house nigger, field nigger/Still nigger.” Elsewhere on “Family Feud,” he argues for black unity at home and in the community and raps, “What’s better than one billionaire? Two/Especially if it’s from the same hue as you.” It’s not exactly a progressive call for economic justice, but it’s a far cry from “Niggas in Paris,” where he and Kanye raved at being the rare black faces in a sea of lily-white plutocrats, or when he bragged about velvet rope exclusivity on Drake’s “Pound Cake” (“Less is more, niggas, there’s plenty of us”).

Complementing this more down-to-earth Jay is the stark and muddy sound of 4:44. Some listeners have complained about the album’s grungy mixing, but given the world-class reputation of Jay’s longtime engineer Young Guru, its lack of sonic clarity feels intentional. No I.D.’s use of black music standards like Stevie Wonder’s “Love’s in Need of Love Today” (“Smile”), Nina Simone’s “Four Women” (“The Story of O.J.”) and Donny Hathaway’s “Someday We’ll All Be Free” sets a tone of familial warmth. More deeply crate-dug loops of Eighties prog-rockers the Alan Parsons Project (“Kill Jay-Z”) and a 1970 tune from Portuguese psych crew Quarteto 1111 (“Marcy Me”) sound warm and earthy. Save for a few modest cameos – a poem from his mother on “Smile,” and vocals from Frank Ocean, The-Dream, Kim Burrell, Damian Marley, and, of course, his wife – there are few distractions from Jay-Z killing his much-celebrated ego on “Kill Jay Z,” and admitting, “This ‘fuck everybody’ attitude ain’t natural.”

Jay-Z may no longer conjure the poetical flights of fancy and enigmatically cool flows he achieved on past classics like 1996’s “22 Two’s” and 2000’s “Change the Game.” His rhythm and cadence often lands awkwardly, especially on “Caught Their Eyes” and “Bam.” But his occasional lack of vocal grace is the reason why 4:44 is so mesmerizing. In the past, he was what Ego Trip magazine called the Arthur Fonzarelli of New York hip-hop, the suave player who brushed off mad rappers like cement dust from his shoulders. For years, he hid his talents underneath audacious concepts like American Gangster and crass commercial attempts like “Young Forever.” Now, the 47-year-old husband and father of three has revealed himself to be a cranky older musician (especially on the fogey-ish “Moonlight”) who can still work ruddy beats and ungainly rhymes into rough magic, and dazzle his audience in the process.

Jay-Z apologizes to Beyoncé for his past infidelities and fallacies as a husband in the rapper’s brutally honest new song “4:44.” Watch here.