America may claim rock & roll, but like most of our greatness, it’s an immigrant creation. And non-natives regularly improve it: think Beatles, Stones, Nico and John Cale in the Velvets, Slits, Raincoats, Neu!, Can. Who knows how much Hinds’ off-handed magnificence has to do with their roots as Madrileños, and how much is merely the mystic universal science of group chemistry and spirit? Whatever the proportions, their second LP is a gem of indie-rock-revivalism, making faux-naif surf licks and Mo Tucker drum beats seem new all over again. 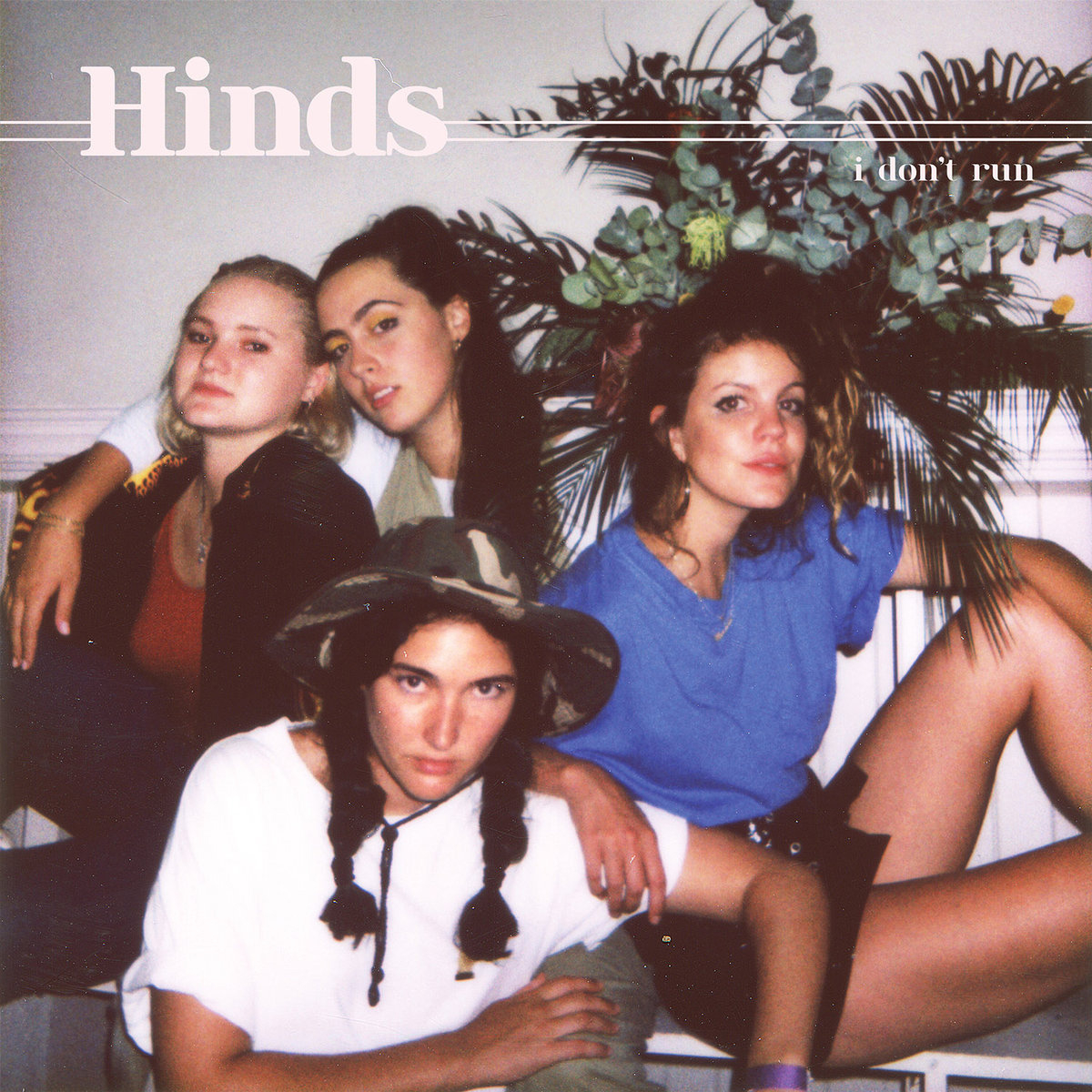 Part of Hinds’ potent neo-slackness, no doubt, comes from their out-of-towners approach to English. Lyrics spiked with poignant lapses in tense agreement and odd phrase-turns radiate hypnopompic bedhead brilliance. “I wanna be ready for your smell” pledge Ana Perrote and Carlotta Cosials alternately on “Linda,” a song about building a lover up only to have them ride their empowered ego out of town. “Soberland” mixes schoolyard taunt and grown-ass-lady wisdom, counting the ways you can hate someone you unfortunately happen to be in love with (“Boots made you cool when you were underage/Now you’re Mr. Soon in your bed of clichés/You’re waiting for someone, someone that likes it when you bluff/Whenever you chose that, don’t get upset I’m not the one”). And raging woozily over the wastefulness of heartbreak, “Finally Floating” turns “useless overdose of time stuck in this phase” into a surprisingly indelible chant, a first thought/best thought balancing of power and exasperated vulnerability that scans as a rock & roll platonic ideal.

Completing the translation is the instrumentation, all bouncy pluck, boozy melodicism and hard-sparkling guitars. Former Strokes producer Gordon Raphael adds a touch of New Yawk rock flash, polishing up the players’ dirt-crusted solo lines like subway rails. But it’s useful to note Madrid has its own indie rock traditions – see the Elefant and Mushroom Pillow labels, among other starting points – as does the rest of Spain, its EU neighbors and the rest of the world. Hinds is a reminder of what a good thing that is.