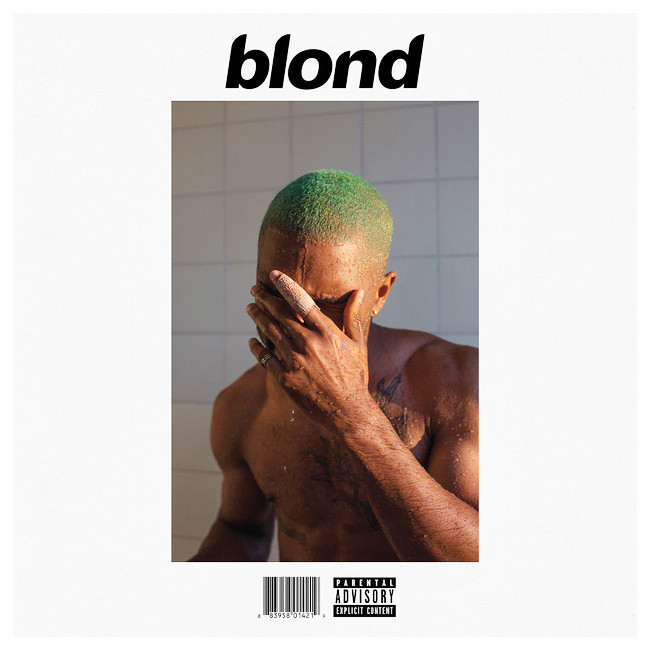 Even before Frank Ocean fell quiet for the better part of four years, leaving a legion of fans to wonder when — if? — he’d ever muster a follow-up to his stunning 2012 debut, Channel Orange, the New Orleans-born pop savant was one of music’s most elusive figures. He made his name, after all, by dodging tidy categorization, confounding expectation and disobeying prevailing rules of genre and sexuality. So it’s only fitting that the roll-out for his new album, upon us at last, unfolded as a series of riddles, unpredictable detours and winks. It began in earnest in early August, after a string of blown deadlines and teasingly cryptic Tumblr posts: Ocean’s site crackled to life with a bare-bones video stream capturing him in a workshop, wordlessly and methodically constructing what gradually revealed itself as a staircase. That feed gave way to Endless, a short film posted online in which dreamlike half-songs soundtracked footage cut together from the workshop sessions. The link between music and visuals was impressionistic at best, but the subtext was clear: Ocean is a craftsman, and craftsmanship requires patience. A day later, pop-up stores opened across the country, stocked with copies of Ocean’s Boys Don’t Cry, a glossy zine full of poems, photos of hot cars and hot boys and, affixed to one of its pages, a CD containing an album called Blonde. The title was stylized in accompanying art as the masculine blond — a grammatical tweak that gave the LP, intriguingly, two genders at once. Apple Music, meanwhile, unveiled a different Blonde, its tracklist featuring slight modifications. If all these twists and turns left observers feeling dizzy, well, isn’t that exactly how Ocean wanted it?

On Blonde, dizziness is a common sensation. The album is by turns oblique, smolderingly direct, forlorn, funny, dissonant and gorgeous: a vertiginous marvel of digital-age psychedelic pop. On the lead single, “Nikes,” Ocean wraps his voice in woozy distortion and pivots in the space of just two lines from blunt loverman braggadocio (“If you need dick, I got you”) to mournfulness over Trayvon Martin’s killing (“that nigga look just like me”). There are other moments where ugly American history crashes in — memories of how Hurricane Katrina uprooted Ocean bubble up on “Nights” — but his main preoccupation is romance. He approaches the subject from oblique angles, time-shifting the different phases of relationships like he’s got them loaded on DVR: skipping from the blossoming of love directly into its demise, backing up a bit, leaving out big chunks. “I broke your heart last week,” he sings on “Ivy,” “You’ll probably feel better by the weekend.” When the chorus comes, he spits, “The start of nothing/I could hate you now.” Ocean has an extreme facility with offbeat love songs, and can distill complex emotions: “I’m not him, but I’ll mean something to you,” he sings to a lover on “Nikes,” diagramming an asymmetrical relationship in just nine words. There are lines about sex and about its unwanted consequences: On “Solo,” accompanied by a soft-stirred organ melody, he slips stream-of-consciousness style from a line about vaping weed into a digression on the soul-killing toll of visits to “that clinic” — whether to terminate pregnancies or treat STDs, it’s not entirely clear. The mood on Blonde oscillates in this way from light to dark, exultant to somber, following a weird logic available only to Ocean, and yet achieving a sense of sweep all the same.

It’s a trippy album, and whereas the lines about lovers point Ocean outward, there are many lines about drugs, leading him deep into his own skull. References to altered states recur on Blonde, abetted mostly by marijuana, with assists from psilocybin and LSD. (Ayahuasca gets a shout-out on Endless.) On “Seigfried,” which Ocean has been tinkering with since at least the summer of 2013, hazy synths bleed into symphonic flourishes as he gets mired in over-the-top stoner philosophizing — “dreaming a thought that could dream about a thought that could think of the dreamer that thought,” he half-raps — then eats some mushrooms and, in a lovely poetic flash, watches “light hang-glide off the moon.” (Ocean’s dealer should put this verse on his business card: His product is clearly phenomenal.)

The music is sparer than it was on Channel Orange — more mature, jammed less feverishly with ideas — but adventurous nonetheless. Minimalist rock guitar and simple electric keyboard work drive numerous songs; twitchy rhythms and bizarre vocal effects creep in from the edges. Songs change shape subtly as they go, rarely ending in the same place they began. On the standout “Nights,” a sunny rock lick segues into shimmering keyboards that morph in turn into a smoky piano section, at which point Ocean breaks into a rapper-ly singsong that evokes Drake in its catchy amphibiousness. Ocean, who has sung hooks for Beyoncé, Jay Z and Kanye West, has long chafed at being designated an R&B artist; here he quotes from Elliott Smith; interpolates the Beatles and Burt Bacharach; nods to Bowie and Brian Eno in the acknowledgments (the list, included in Boys Don’t Cry, also includes Rick Rubin, James Blake and Gang of Four); and enlists a cameo from gospel stalwart Kim Burrell. Ocean works in the black-American pop-music vernacular, but this is an R&B album in only the most elastic and expansive sense of the term.

On Ocean’s debut he imagined the lives of sordid characters: crack addicts, suicidal trust-funders, a stripper who may have been Cleopatra reincarnated. Those tracks could be engrossing but felt less potent on balance than more palpably personal songs like “Thinking Bout You,” “Bad Religion” and “Forrest Gump,” in which Ocean addressed his lovestruck lyrics to men — blazing a trail as the most prominent queer voice to broach the hip-hop/R&B mainstream yet. On Tumblr, days before Channel Orange‘s release, Ocean published a candid account of falling in love with a man and second-guessing romances he’d had with women — a young artist taking stock of his sexuality in full public view. On Blonde, Ocean leaves the range of his desires, and his lover’s genders, provocatively ambiguous. On “Good Guy” he visits a “gay bar” on a blind date; on “Futura Free” he warns an antagonist, “I don’t cut bitches no more, but your bitch my exception” — his sexuality isn’t just a spectrum here, but a weapon. There’s something radical about that, and it affirms Ocean’s greatest strength: He refuses to be pinned down.