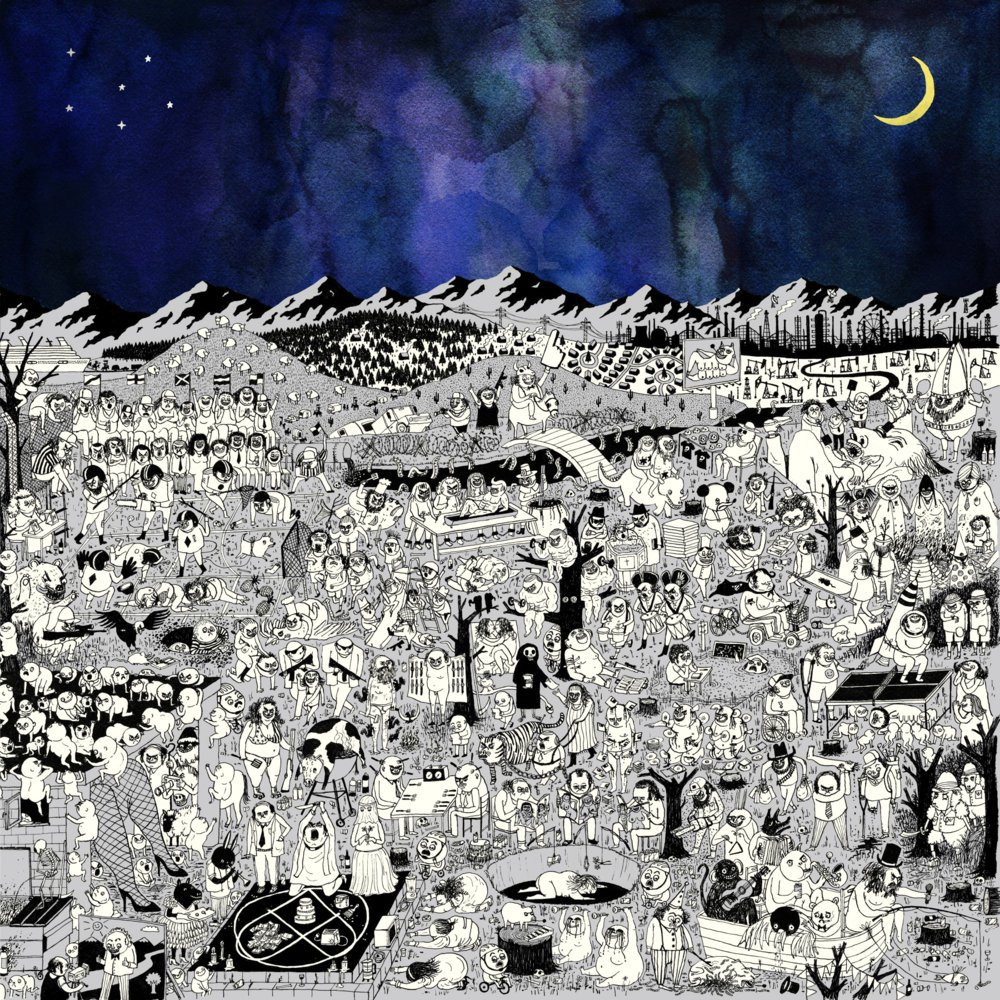 Under the guise of Father John Misty, Josh Tillman has been updating the singer-songwriter tradition for our post-ironic era, tapping and tweaking its melodicism and “sincerity.” After devoting his last FJM album, 2015’s I Love You, Honeybear, to unpacking romantic love, Tillman ups the ante on his third album to take on the whole human condition.

That’s the comedy in Pure Comedy’s title track: Echoing his Seventies forebears, Randy Newman above all, he discourses on the evolutionary roots of gender inequity and our insatiable appetite for painkillers and religion. “They get terribly upset/When you question their sacred texts/Written by woman-hating epileptics,” Tillman croons, in verses that will have listeners Googling furiously as they sing along.

As many of us navigate between headline-driven panic attacks and insomniac social–media tantrums, Pure Comedy distills terabytes-worth of doomsaying Facebook rants into a 75-minute comic-existential opus that functions like a despair inoculation. The humor is strictly gallows, even when it seems quipped. “Total Entertainment Forever” begins, “Bedding Taylor Swift/Every night inside the Oculus Rift,” soon becoming an apocalyptic vision of a culture amusing itself to death. Our dystopian future is a through line. “Things It Would Have Been Helpful to Know Before the Revolution” describes global warming apparently giving way to a new ice age: “The tribe at the former airport/Some nights has meat and dancing/If you don’t mind gathering and hunting/We’re all still pretty good at eating on the run.”

What makes this more than glib is a golden-era songwriting craft evidently shaped by Tillman’s tenure with Fleet Foxes, and his unsparing self-examination. See “Leaving L.A.,” a 13-minute antihero epic for voice, guitar and strings spiritually perched between “Desolation Row” and “It’s Alright, Ma (I’m Only Bleeding).” At one point, someone issues the singer a takedown: “Oh, great, that’s just what we all need/Another white guy in 2017/Who takes himself so goddamn seriously.” That he can’t help but agree is one more nail in his coffin.

Tillman has spoken about his struggles with severe
depression, and you can read Pure Comedy as his attempt to wrestle with
psychic malaise. On the finale, “In Twenty Years or So,” the singer
orders more drinks while some pianist plays “This Must Be the Place,”
Talking Heads’ classic paean to home as a psychological state. “There’s
nothing to fear,” Tillman sings, soaring up to falsetto on the last word,
lying through his teeth, maybe, but understanding how music keeps us sane.