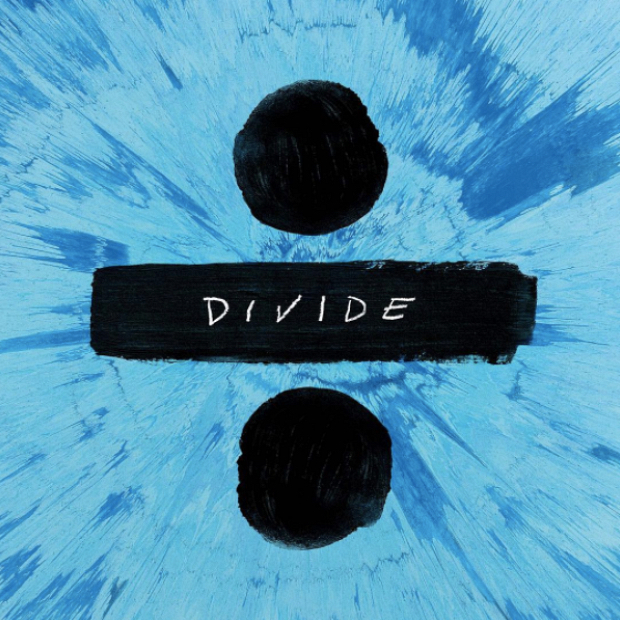 In the four years since Ed Sheeran established himself as Taylor Swift’s opening-act-slash-bestie, the British singer-songwriter hasn’t just become a star – he’s helped make over pop’s sound. Blending acoustic sensitive-guy vibes with digital-age craft, Sheeran has knocked out hits for Justin Bieber and One Direction while influencing the strummy likes of Lukas Graham and Shawn Mendes. On ÷, his first album since 2014’s X, Sheeran doubles down on the blend of hip-hop bravado and everyday-bloke songwriting that helped him break out at the turn of the decade.

The first chart-topper from ÷, the feather-light “Shape of You,” might have hinted at a different direction; it’s a beat-heavy, body-focused track that Sheeran used as a Grammy showcase for his impressive collection of loop pedals. But for the most part, ÷ puts Sheeran and his guitar center stage. “Perfect” is a lushly arranged love song that evokes golden-age pop; “Castle on the Hill,” which balances jittery guitars and a massive chorus, strives for a Glastonbury-ready rock grandeur à la U2, Arcade Fire and Mumford & Sons. The album closer, “Supermarket Flowers,” is a wispy ballad Sheeran wrote as a tribute to his late grandmother, a retelling of the aftermath of her funeral from the perspective of his mother. Though the workaday poetry of its verses reveals the mundanity of dealing with death’s aftermath in a detailed way, its chorus, with its angel imagery and “hallelujah”-ing, seems built for cathartic group sing-alongs.

Vivid character sketches provide ÷‘s best moments. The deceptively breezy alt-acoustic “New Man” is an acidic rebuke of an ex’s new boyfriend’s faults. The way Sheeran paints the picture – sunglasses indoors, man bags, fake patois – ably puts across the “uggggh” that rises in his mind every time he creeps his former flame’s Instagram. “Galway Girl” pays tribute to a fiddle-playing Irish lass who isn’t above chowing down on Doritos when bringing a guy home – and it even brings some Emerald Isle-inspired bounce into the mix. Nodding to his own Irish roots and acknowledging a country where he’s bigger than Bieber, Sheeran offers his own spin on the Irish drinking song to the present-day pop world in a modern-day jig that recalls a synthesis of Justin Timberlake meets the Pogues – and is released in March, to boot. Sheeran’s musical history lesson is both well-timed and rip-roaringly fun, another example of his still-evolving craft.