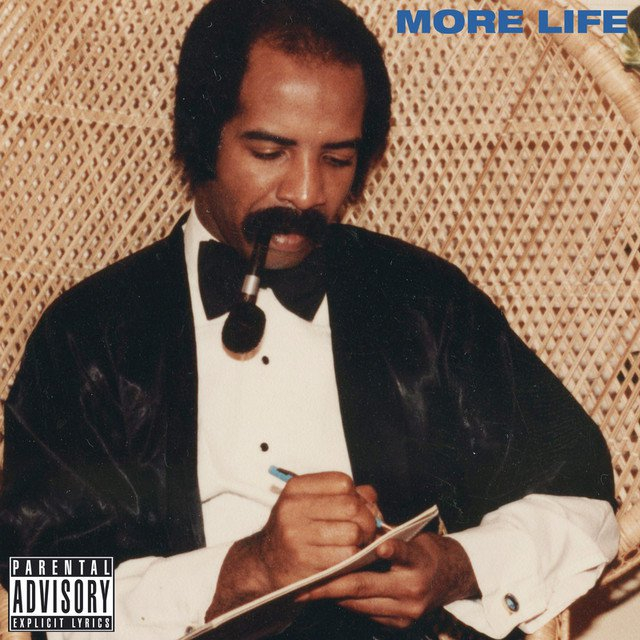 Drake calls his superb new More Life a “playlist,” not an album or even a mixtape, yet that might be why it sounds so expressive, so emotional, so quintessentially Drakean. When you get right down to it, Aubrey Graham is a playlist – a true pop visionary who’s always a fan at heart, an omnivore with a raging appetite for his next favorite sound. More Life is his finest longform collection in years, cheerfully indulgent at 22 tracks and 82 minutes, a masterful tour of all the grooves in his head, from U.K. grime (“No Long Talk”) to Caribbean dancehall (“Blem”) to South African house (“Get It Together”) to Earth, Wind & Fire (“Glow”). Yet the more expansive he gets, the more himself he sounds – and the further he roams around the globe, the deeper he taps into the heart of Drakeness.

But even though More Life is Drake at his most receptive to the outside world, it also feels far more personal than his lackluster official 2016 album, Views, even though that was virtually all Drake all the time. And it’s more playful than brand-buffing rap mixtapes like If You’re Reading This It’s Too Late or his Future collabo What a Time to Be Alive. He generously includes solo tracks for artists like Sampha and Skepta, providing killer showcases for London newcomers like Giggs and Jorja Smith as well as Atlanta gods like 2 Chainz and Young Thug, who shines in totally different modes in “Sacrifice” and “Ice Melts.”

More Life might flaunt his internationalist outlook, building on the success of “One Dance” last summer. But needless to say, wherever he goes, he’s still stuck being Drake, which means he’s still fixated on why that girl won’t text him back. (Wait – she’s getting married? And she didn’t even send him an invitation?) No matter how much he vents about his haters, they’re not really what fires him up. That would be girls, obviously – including Jennifer Lopez. (“I drunk text J. Lo/Old number, so it bounce back” – damn, it just doesn’t get Draker than that.) “Teenage Fever” is a near-perfect electro-swoon groove, where Drake sings the chorus of Lopez’s first Nineties single, “If You Had My Love,” as if he’s feeling every word. The fact that Drake can find so much emotional resonance in one of the Nineties’ most abysmal hits is just another tribute to his brilliance.

“Passionfruit” is the pick of the litter, a Nana Rogues production with a vintage disco throb as Drake croons about a special lady who’s “passionate from miles away/Passive with the things you say.” He gallantly tells her, “You got issues that I won’t mention for now.” (Of course he won’t – he’d have to stop brooding about his own.) “Glow” is a duet with Kanye West (a friendly gesture, if not quite a keeper of a song); “Since Way Back” brings in PartyNextDoor for an R&B shout out to both R. Kelly and Jacques Derrida (“everything these days is textual”). “Portland” features Travis Scott and Migos’ Quavo at top strength.

One of the most surprisingly effective guests: Drake’s mom, who leaves a voicemail at the end of “Can’t Have Everything,” after Drake rattles off a long list of ways the world has pissed him of, giving him a bad case of “all that Drake hysteria.” After Drake airs his grievances against Meek Mill and others – “tried to serve me a cheesesteak, gave them back a clean plate” – his mom steps to the mike and clears her throat, warning, “You know, hon, I’m a bit concerned about this negative tone that I’m hearing in your voice this days.” The woman has a point, and Drake knows it, but that maternal own is more than just a great punch line – it’s a masterful flourish from an artist who always sounds most inspired when he remembers to look beyond his own head. On More Life, he’s wearing less and going out more – and it does his music a world of good.