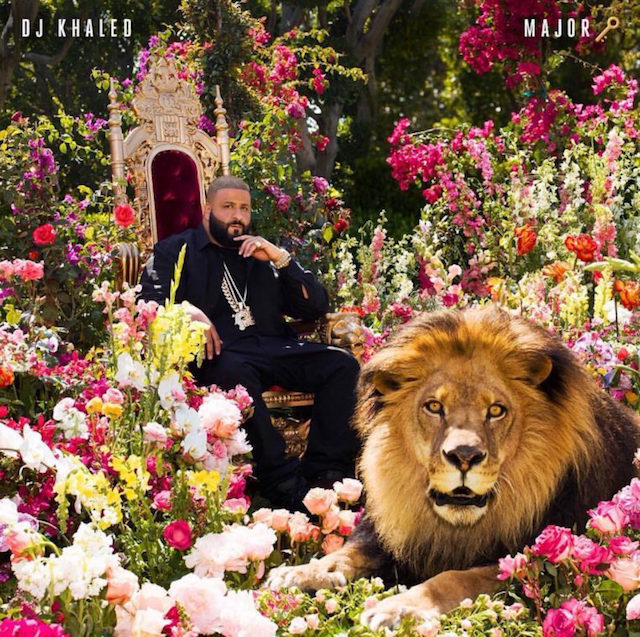 For the past 10 years, DJ Khaled has been hip-hop’s brassiest motivational speaker, and lately it seems like the whole world is on his team – from Beyoncé to LeBron to the nation of Belize (which just named an island after the catchphrase that serves as the title of his new album). The Miami producer rose to success cranking out hit anthems like 2010’s “All I Do Is Win” (with Ludacris, Rick Ross, T-Pain and Snoop Dogg) and 2011’s “I’m on One” (with Drake, Rick Ross and Lil Wayne), odes to victory and power that feel like trunk-rattling variations on Queen’s “We Are the Champions.” Meanwhile, Khaled has become a megastar on Snapchat, where he hangs out dispensing business advice (“They don’t want you to win!”) like a cross between Tony Robbins and Diddy. Khaled’s albums are posse-cut extravaganzas, full of bombastic Southern rap, with Khaled serving as master of ceremonies, hype-man and executive producer. Major Key, his ninth album, is his first since attaining Silk soy-milk pitchman status. But he hasn’t let his viral success change his tried-and-true formula. It’s still a blur of T-shirt-waving salvos (“Fuck up the club,” Future suggests), bass that can carve dunes into the Florida sand, and cameos from every rapper on the planet, from Jay Z to Drake, to Nicki Minaj, to Lil Wayne, to Rick Ross, to 2 Chainz, to French Montana, and on and on and on. The only attempt to swing for the Top 40 fences is “Father Forgive Me,” a power ballad with Wale, Wiz Khalifa and Meghan Trainor that Khaled says was directly inspired by Wiz’s tear-jerking hit “See You Again.”

Khaled has to acknowledge that hip-hop has become a more serious, politically charged place these days, so he occasionally lets some depth and emotion into his Night of 100 Stars gala. Nas is flexible enough to battle racial inequality and shout out Internet memes on “Nas Album Done”; J. Cole gets introspective on “Jermaine’s Interlude”; Future and Bryson Tiller lament some lost loves on “Ima Be Alright.”

Mostly, though, Khaled keeps things booming by providing a space for rappers to stretch out and let loose. The best moments here feel like carefree cutting sessions. Big Sean drops some high-velocity berserkness on “Work For,” and Kendrick Lamar uses his appearance on “Holy Key” to deliver a verse that’s more technically dizzying than anything on To Pimp a Butterfly.

As with every Khaled LP, the end result is a blast in small doses but a little bludgeoning taken as a whole. One vodka Red Bull can get you amped. Knock back 14, and you’re in a coma.