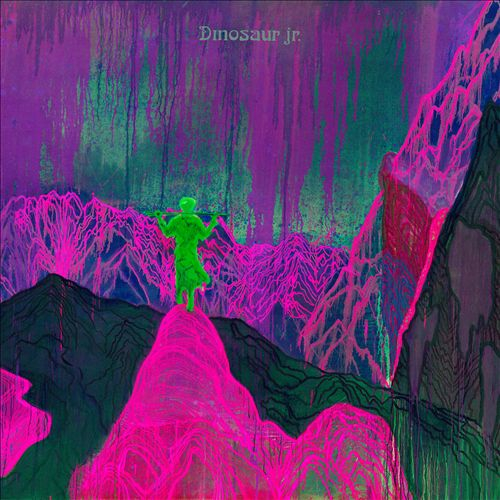 Eleven years have passed since perma-frowned, slacker-rock trailblazers Dinosaur Jr. re-formed, and, on the trio’s fourth reunion outing, frontdude J Mascis – now age 50 – sounds as downtrodden, lost and world-weary as he did at age 20. His voice creaks and croaks as he parses romantic misunderstandings, his fingers gravitate toward his guitar’s most acrimonious and anxious chords and he serves as a supernatural channel to some of the most melancholy guitar solos this side of Rust Never Sleeps. In other words: It’s business as usual for Dinosaur Jr.

The trio, which has now lasted twice as long in this lineup as it did when it defined shaggy-haired malaise for a generation with songs like “Freak Scene” and “Little Furry Things” in the Eighties, has managed to maintain an impressive stride since Mascis & Co. settled their differences in 2005. Like the past three Dinosaur droppings, Give a Glimpse of What Yer Not presents more polished, reenergized (but not too much) versions of the fuzzy, impressionistic downer rock they helped pioneer 30 years ago.

Mascis dominates the songwriting here with one acidic, tempestuous guitar swirl after another, while his typically more subdued foil, bassist-singer Lou Barlow, leads the despairing “Love Is … ” and the album closer “Left/Right,” a rare, uplifting song about maybe, sorta, possibly, you know, finding faith and understanding in somebody (while, of course, simultaneously resigning yourself to your fate). It makes for a welcome counterpoint to Mascis’ declarations of feeling brokenhearted (“Be a Part,” with its stunning, unwieldy leads, the prickly “Good to Know,” the pining, countryish “Lost All Day”) and emotional foolhardiness (“Mirror,” on which he sings “I’ve been crawling around since I met you/I’ve been wondering how not to upset you … wasted time.”) On every song, he still sounds socially maladjusted and not any closer to figuring out how to fit in – the role he was born to play.

As with every Dinosaur Jr. record, the songs all become samey at a certain point, as each tune presents subtle variations on a theme they stumbled over in 1985. But as the trio has proven time and again, it’s the mood as a whole that matters more than what Mascis or Barlow have to say. True happiness remains the group’s only real danger.