Review: De La Soul, 'And the Anonymous Nobody' - Rolling Stone
× 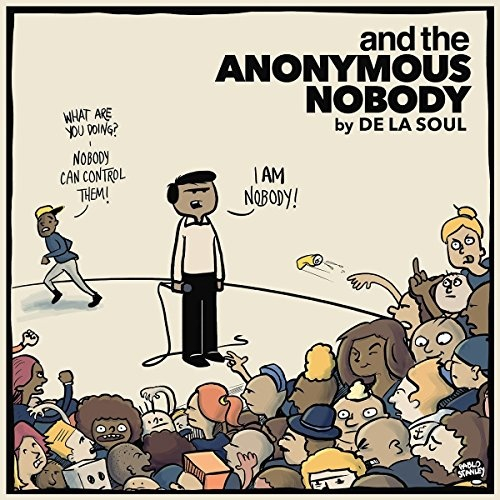 Almost 30 years after their debut, 3 Feet High and Rising, transformed the possibilities of a rap record, and nearly 12 years since their last LP, De La Soul are still ambitious outliers. Financed by a Kickstarter campaign, constructed over breaks and beats mined from more than 200 hours of jamming by a live band, and stuffed with guest stars (Snoop Dogg, Damon Albarn, Jill Scott), And the Anonymous Nobody sometimes risks losing Posdnuos, Dave and Maseo in their own record. Tracks like the loopy "Snoopies" (with David Byrne) and old-school throwdown "Whoodeeni" (with 2 Chainz) are glorious bug-outs, but the urban cautionary tale "Greyhounds" (echoing Stevie Wonder's "Living for the City," with Usher on the hook) is a reminder that De La are often more powerful when they're less goofy – and that their greatest strength has always been not caring what hip-hop is supposed to sound like.