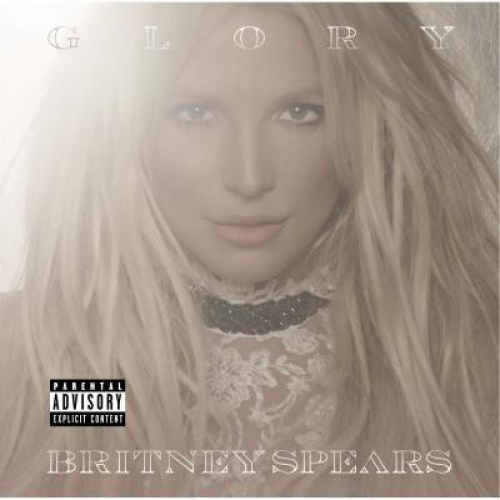 If there’s one moment that sums up the fantastic new Britney Spears album – Glory, she calls it—it’s “Clumsy,” which dropped as a teaser single a few weeks ago. It’s a minimal electro-throb from Pop & Oak’s Warren Felder (with Alex Nice and Mischke), lavished with digital hand-claps and Britney’s robot-perv moans. The tension builds until Britney gulps “ooops!” and a wall of in-the-red synth fuzz slams down – the noise a needy party girl hears in her head when she suddenly realizes she’s felt too much, asked for too much, been too much. But she jumps forward into the beat, dancing one step ahead of that noise with all her too-muchness intact, chasing those handclaps to the next party. A perfect Britney song, done and dusted in three minutes. Ooops, she did it again.

Glory is a welcome comeback for a true pop visionary nobody expected to stick around long enough for a third album, much less a ninth. Has any star pulled off as many comebacks as Britney? For this girl it’s the non-comeback records that are the exception, because people have kept foolishly trying to write her off since the TRL days. Nearly 20 years after “Baby One More Time,” people still act shocked when Brit refuses to fade away like the disposable pop trinket they desperately hoped she’d be, which keeps raising the question of how many great hits she needs to score before she finally gets credit as one of the all-time brilliant hitmakers. Every time she jumps back in the game, the world gives her that look like Kim Cattrall in the Crossroads scene where Britney shows up on her doorstep claiming to be her daughter. (Surpriiise!) But she’s still going because nobody else can do what she does. No singer has ever captured the needy party-girl blues like Britney.

Britney Spears to Be Subject of Lifetime Movie

Last time, on 2013’s Britney Jean, our girl was way outside her comfort zone musically, and the strain showed, as she focused on morose break-up ballads, not exactly her forte. Britney Jean had high peaks (the Bowie space chill of “Alien,” the sisterly Jamie Lynn duet “Chillin’ With You”) but it was her mopiest album – and not coincidentally, her weakest seller ever. So: Message received. On Glory she goes back to the fizzy electro-stomp mode she does best. Even when she transforms herself into a human mirror ball, glitzed out and blitzed out, her supposedly anonymous voice is a sonic signature any pop fan can recognize in seconds. There’s no other sound quite like that droid-soul glitch-twang in Britney’s voice – think “Toxic,” “Lucky,” “Piece of Me” – speaking to the bored, frustrated, ready-to-explode disaster queen in all of us.

It reaches the creative heights of her It’s Britney Bitch Trilogy of Blackout, Circus and Femme Fatale, where she cranked up the disco dreams of her pythonic youth into an abrasive synth-squeal party-mom sound with an extremist electro agenda that proved hugely influential. When she dropped Blackout in 2007, the music industry scoffed, but then proceeded to spend the next few years imitating it to death, to the point where everything on pop radio sounded like Blackout. Femme Fatale, from five years ago, was her best album-qua-album ever, with the obsessive electro-burbles of “I Wanna Go” and “How I Roll.” But Glory outdoes those records in terms of vivacious humor – whoever designed the latest-model Britney Having Fun Simulator did a damn fine job. She hasn’t played around with her vocals so cleverly since the “Toxic” days – she even ends the deluxe edition with “Coupure Electrique,” which proves she can sing an entire song in French and still sound exactly like Britney.

The sound of Selena Gomez’s instant-classic 2015 pop manifesto Revival is all over this album, in gems like “Invitation” – a nervous girl whisper amplified at the center of all the production, until every quivery hiccup feels like a dramatic confession. (Since Gomez’s “Hands to Myself” and “Same Old Love” came on like the craftiest Britney tunes in years, it makes perfect sense for Brit to build on them.) “Invitation” extends the come-on of her Britflix-and-chill single “Do You Wanna Come Over?” as she explores some mild kink (“I know it might sound crazy but I’m-a put you in this blindfold/I need you to trust me”). There’s also a taste of Justin Bieber’s acoustic-techno guitar flourishes in tunes such as “Just Like Me” and “Just Luv Me” along with the faux-Ariana moves of “What You Need.”

“Man in the Moon”, like Britney Jean‘s “Alien,” accentuates Britney’s little-noted but intriguing affinities with David Bowie, another blonde who fell to earth. Britney pines over an astro-boy who’s left the planet with her heart (“Send my message into outer space/Wonder if it’s gonna float your way”) and sobs, “Houston, I know there’s a problem.” The melody evokes Leonard Cohen’s “Hallelujah,” which just makes the whole song more strangely moving. And since every Britney album needs at least one truly terrible song (that’s part of her brand) there’s the Gwen Stefani imitation “Love Me Down,” and wow – may the words “Britney” and “ska” never appear in the same sentence again.

Britney’s closing in on 35 now – the age when Elvis sang “Suspicious Minds” and Madonna sang “This Used To Be My Playground,” an age when pop visionaries often look back and take stock and wonder how the hell they got here. She does that on Glory, but naturally in her own distinctive way. So the conceptual centerpiece is the deceptively giddy “Private Show,” which isn’t quite the stripper-in-a-stupor lapdance goof it pretends to be. She pleads for a “Private Show,” begging her lover to “pull my curtains until they close,” but it nails the paradox at the heart of Brit-dom – for Miss American Dream Since She Was 17, she has no idea what it’s like to luxuriate in any kind of private show. The essence of the Britney Dilemma is we’ll never know what’s behind her curtains, because they never close – ever since her Disney days when she was a tween singing “If I Could Turn Back Time” on the Mickey Mouse Club, she’s been in the spotlight. Even in “Private Show,” when she thinks she and her lover might be stealing a moment to themselves, sharing a moment of unmediated emotion, she notices there’s a crowd watching. So she shrugs it off: “Guess that’s the end. Can we go again—do it all again? Nah, I’ll take a bow.” (And is Private Show also the name of her new signature fragrance? Of course it is.) Go ahead and take that bow, Britney – you earned it.