On the title track of this remarkable collection of Bob Dylan covers, Betty LaVette wraps her voice – full of grit, brass and soul when she started recording at 16 in 1962; worn and sharpened by experience now at 72 – around a lyric about sitting on the lap of strange man with pale skin and an assassin’s eye. The way she tells it, that man could be the song’s author or a villain in an epic of intrigue, or maybe there’s no difference between the two. She makes the song so alive with consequence and possibility, it’s able to transform into whatever she or the listener needs it to be in the moment: a spy movie, a romance novel, a Biblical parable of reckoning, a bittersweet memory of a time when caring mattered or a way of drinking away the pain of that memory. 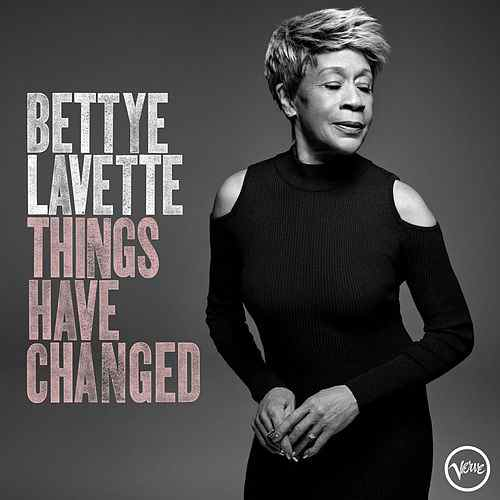 The tricks and miracles of Things Have Changed are manifold. Half of its 12 tracks restore life to songs that were dead-on-arrival on Dylan albums from 1979 to 1989; the rest reshapes more essential parts of the legend. The grooves constructed by drummer and producer Steve Jordan have both the booming precision of hip-hop loops and the flexible responsiveness of classic R&B. This is tradition-based music that extends the heritage it draws from. “It Ain’t Me Babe” sways over a slow soul pulse as LaVette’s phrasing pulls the song in different directions, opening up unexpected pockets of defiance or mourning. LaVette and Jordan reframe “The Times They Are A-Changin’,” as swamp-rock, its talk of the rising waters of change suddenly connecting to all of Dylan’s apocalyptic tales and its new reverbed guitar hook suddenly definitive.

On Oh Mercy, Dylan delivered “Political World” like an end-days shopping list. What was once an inert litany of decay rolls and tumbles here over a spare bass line and guitar punctuation from Keith Richards. It’s hard to separate the song’s impact from the news of the day, but LaVette sings it like the world was different once, so you get the sense of something lost instead of just something rotten. A take on the more modern classic “Ain’t Talking” that splits the difference between chamber music and country string bands is only slightly less of a revelation, and the gender flip on Eighties cast-offs like “Don’t Fall Apart on Me Tonight” and “Seeing the Real You at Last” changes their condescending bitterness to empathetic empowerment.

LaVette has played around with the rock repertoire since 2005’s I’ve Got My Own Hell to Raise, covering everyone from the Stones to Fiona Apple. Yet this album is more hers – more personal and reflective of her wicked ways, sly humor and battle-tested wisdom – than any she’s made. Consider Dylan a jumping off point for LaVette – a way of drawing power and focusing attention until she can take the time she needs to describe the world the way it feels to her: a tangle of longing, lust, struggle and hard-won satisfaction.