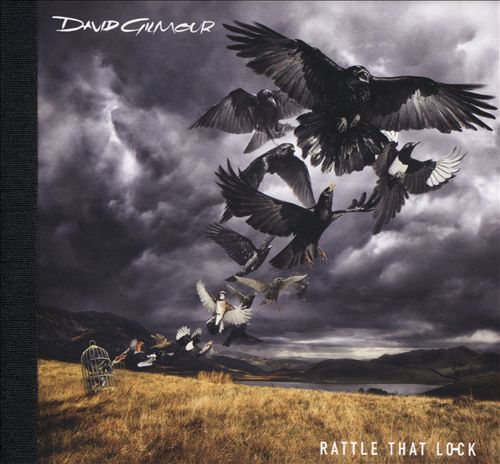 David Gilmour’s first solo studio album since 2006 arrives less than a year after his final Pink Floyd record, The Endless River, a requiem for late keyboard player Rick Wright. You still hear the missing here. “What I lost was an ocean,” Gilmour sings in “A Boat Lies Waiting,” a slow ride of Floyd signatures: his bird-song sustain on guitar; a piano figure evoking Wright’s patient rapture in 1973’s “Us and Them.” “And I’m rolling right behind you,” Gilmour adds, staring at his own mortality, flanked by the consoling harmonies of David Crosby and Graham Nash.

By classic-Floyd standards, Rattle That Lock is conceptually modest: a life in a day. With lyrics by his wife Polly Samson, Gilmour reflects on time passing and the urgency to live what’s left to the fullest, opening with his creeping-dawn guitar overture “5 A.M.” and the morning-train glide of the title track. The flow of moods — the pensive waltz “Faces of Stone”; the jazzy-youth memoir “The Girl in the Yellow Dress” (with distant bleats of cornet by Robert Wyatt); the martial rock, ringed with light, of “Today” — is striking and effective, recalling the hooks-and-choruses side of 1971’s Meddle. But Gilmour is, inevitably, most eloquent here as a guitarist. In the iconic arcs of silvery treble illuminating the instrumental “Beauty,” the guitarist, 69, sounds like an expressive master of his craft, one who hasn’t aged a day.