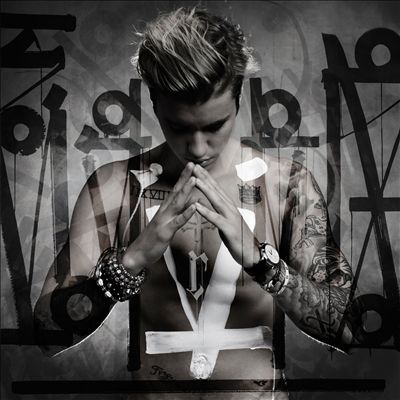 Justin Bieber and One Direction have always been the yin and yang of the pop-idol game, but never more so than now. They bring opposite agendas to their new LPs: Bieber is the comeback kid, with “Sorry” as his theme song. He spends Purpose learning lessons, begging for forgiveness and vowing to be a better Bieber. But 1D are racing for the exit – after announcing a split (hopefully temporary, because life is harsh enough), they’ve got a few parting gifts for their girl-almighty fan army. The records sound nothing alike, but they have the same moral: Teen girls are the only fans that matter. And if you’re a dude singer, you treat those girls right, because they can make you or break you at will.

Purpose comes after Bieber’s take-me-back moment at the VMAs, weeping onstage. It’s full of motivational Bieb-talk about the realness of the Bieb-struggle: Find your “Purpose” and realize “Life Is Worth Living,” because Bieber is for the “Children.” His midtempo R&B gets welcome boosts from Skrillex (the synth-elephant blurts in “Sorry” and “Where Are Ü Now”), Halsey, Ed Sheeran and Travis Scott. Unlikely maturity mentor Big Sean adds some entertainingly cloddish flair: “I eat the Cookie like I’m Lucious!”

Made in the A.M. is 1D’s Let It Be – the kind of record the world’s biggest pop group makes when it’s time to say thanks for the memories. The cover has Beatles-worthy coded body language: four boys on a cheap dorm couch, Liam Payne and Niall Horan smiling in opposite directions, Louis Tomlinson and Harry Styles staring defiantly into your eyes. Lots of sensitive breakup songs here – hey, girl, before you go, let’s toast the minibars and expensive cars, the good champagne and private planes.

But it sure doesn’t sound like a band that’s hanging it up, because all four are on a roll musically, chasing the rock vibe of Midnight Memories and Four. The Brit-pop loop “Hey Angel” is a dead ringer for the Verve’s “Bittersweet Symphony,” and “What a Feeling” splices hooks from at least six different Fleetwood Mac hits. (“Wolves” sounds exactly like solo Christine McVie, which is so clever it’s kinda scary.) “Temporary Fix” and “Love You, Goodbye” are guitar kicks in the “No Control” mode, while Harry’s “Olivia” is chamber-pop worthy of another Harry named Nilsson. And in case you thought they were flawless, there’s the folky “I Want to Write You a Song” – please, guys, no boat symbolism on the solo LPs, OK?

“Walking in the Wind” comes from a noble boy-band tradition: the ballad that bids farewell to the audience at the end of the gold rush, á la the Bay City Rollers’ “The Way I Feel Tonight,” the New Kids’ “If You Go Away” or the Backstreet Boys’ “Shape of My Heart.” There’s nothing coy about it, with lines like “Goodbyes are bittersweet” and “We had some times, didn’t we?” 1D reprise the sentiment in the finale, “A.M.,” which all four co-wrote, joining their voices: “Swimming around in our glasses/And talking out of our asses.” Talk about going out on top.