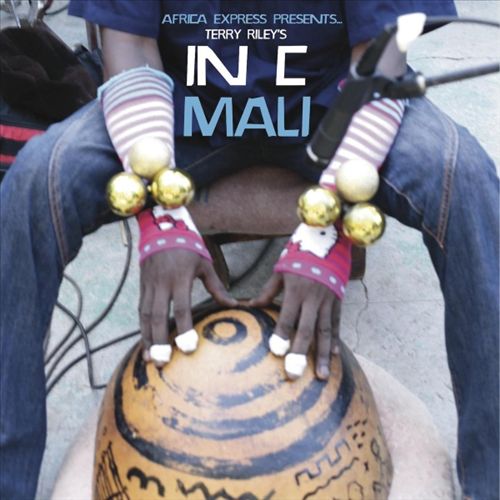 Originally conceived on a stoned bus ride in San Francisco in 1964, composer Terry Riley's groundbreaking In C drew on John Cage, modal jazz and the repetitive structures of African music. It went on to become a minimalist touchstone whose influence stretches from the Who's "Baba O'Riley" to Berlin techno. Now In C travels to Africa itself, with an ensemble of 12 West African musicians (plus special guests Damon Albarn, Brian Eno and Nick Zinner) putting an ebullient spin on the old rhythms. Kalimbas and koras pulse throughout, but with surprising solo turns, a gentle middle section and a spoken vocal, this is proof that In C remains spry as ever at 50-plus.