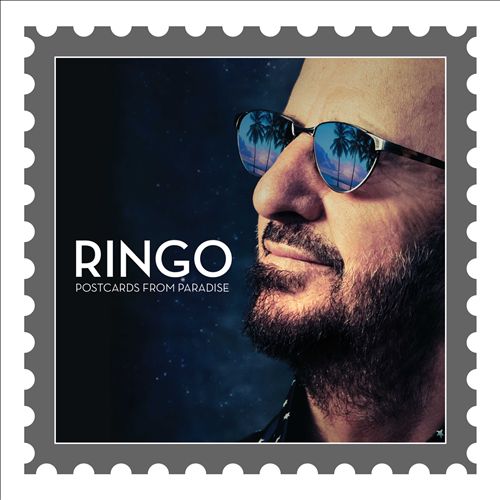 It's been more than 50 years since Ringo Starr declared himself a fan of Beethoven — "especially his poems." But all that time, he's reigned as one of rock & roll's most beloved sages. Postcards From Paradise, his 18th solo effort, is a masterful summary of Ringo-ness: his cheer, his cheek, his wisdom. He gets a little help from old friends like Joe Walsh and Todd Rundgren — no Kanye or Rihanna on this track list — and builds the title tune out of Beat-les quips: "It's like I said the night before/I'll love you when I'm 64." Best of all is "Rory and the Hurricanes," celebrating his pre-Beatles band — the one that made Ringo a star in Liverpool when the other three Fabs were nobodies.