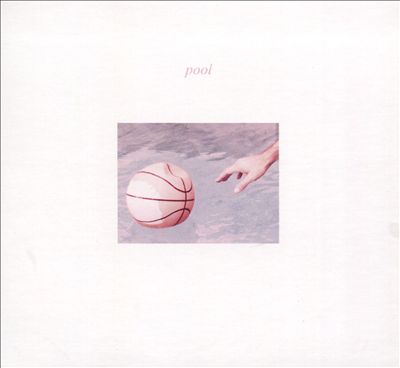 “How many more of these sad songs can one boy write?” Aaron Maine asked on an early release in 2011. It was almost like he was giving himself a dare. He’s written a boatload of sad songs over the last few years (as Porches and under other aliases) – good ones, too, dabbling in a wide range of modern whiteboy blues styles, from low-fi basement rock to low-fi basement folk to low-fi basement synth-pop.

Maine’s forlorn moan and whatever-works recording quality suggest a Lou Barlow-style miserablist, but he’s closer to the Jonathan Richman school of naif romanticism: “I give you head before you head to therapy,” he overshared sweetly on “Headsgiving,” the opening track of 2013’s great Slow Dance in the Cosmos. His first album with high-profile indie label Domino leans heavy on synth-y Eighties sounds – plush keyboards and mirror-shade crooning on “Mood” and “Underwater,” Chicago house on “Braid,” lite-industrial disco on “Be Apart” – often suggesting a somewhat less broody take on the avant-R&B of U.K. innovator Blood Orange. Maine sings his lyrics like he’s throwing them down a well, and his studied lack of nuance and feel sets an odd tone for music that’s designed, at least in part, to recall a beloved era of black pop, especially when he’s flatly serving up valentines like, “Do you remember what we did before/Did you like it/Or are you maaaaaaad?”

Impressively, though, that line (from “Shapes”) opens up into a tenderly honest drone poem about sex and devotion. Even if he makes Gary Numan sound like Al Green, Maine’s optimism is sweet, like a lonely-planet boy who just discovered the sensual world. “In my stoner hour, oh how I float, just wondering about her,” he sings on “Hour,” which is about as worried or alienated as this kid gets. And the tuneful ingenuity he’s arrived at after years of tinkering is undeniable. “Car,” the album’s wonderful highlight, finds him behind the wheel feeling the rush of his new machine as radiant dream-pop guitars lift him into the future. It also helps that Maine’s girlfriend and frequent collaborator, indie singer-songwriter Frankie Cosmos, was hanging around to provide backing vocals that add warmth and empathy to an album that turns out to be much more than just one more bedroom savant tapping trendy music. More often than not, it’s the sound of discovery itself.