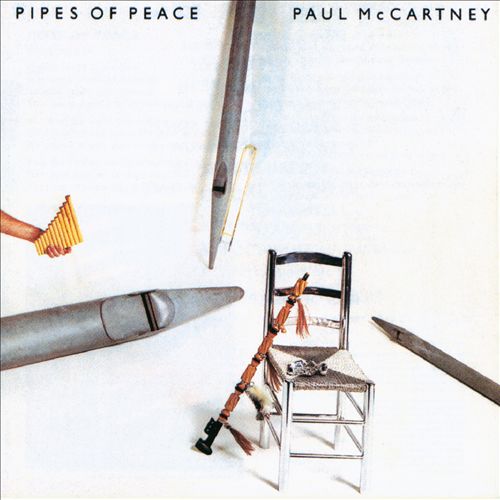 The new frontier for Beatlemaniacs: reclaiming Eighties Paul. It’s one of the weirdest areas of the man’s career, full of buried treasures ripe for discovery. On the map of McCartney’s music, fans usually avoid the Eighties as the zone marked “Here Be Broad Street.” But the newly reissued Tug of War and Pipes of Peace prove it’s worth the search, even if it means tiptoeing around a few toxic-waste dumps. Check out “So Bad,” from 1983’s Pipes of Peace — that piercingly bittersweet melody, the way his voice soars in the high notes (“there was a paaain“), the modest ache of the chorus. The Eighties production goop is tough to stomach (even from George Martin) and the lyrics are barely even a first draft, yet it’s a lost Macca gem nobody else could have written or sung.

Tug of War arrived in 1982 as McCartney’s first proper pop album in years — 1980’s delightfully odd new wave experiment McCartney II had been a discreet way for him to resume his solo identity after ditching the Wings brand name. Stevie Wonder shows up twice on Tug of War: the Prince-like synth-funk jam “What’s That You’re Doing” and the not-remotely-Prince-like hit “Ebony and Ivory.” But the highlights are the piano ballads “Wanderlust” and “Here Today,” McCartney’s startlingly personal elegy for John Lennon: “What about the time we met?/I suppose you could say we were playing hard to get.” This reissue adds outtakes that didn’t fit conceptually because they were too much like Silly Wings Songs: the New Orleans shuffle “Stop, You Don’t Know Where She Came From” and the bagpipe-crazed country B-side “Rainclouds.”

Pipes of Peace holds up even better, despite a certain something called “Say Say Say,” the mega-smash Michael Jackson duet, perhaps neither artist’s finest moment. Both Macca and Jacca sound more unhinged on their other duet, a utterly nonsensical Philly-soul ditty called “The Man” — not to be confused with 1976’s “Listen To What The Man Said,” though it’s probably the same man. There’s also the fantastic outtake “Simple As That” and “The Other Me,” where he croons this immortal bit of Macca verse: “I know I was a crazy fool/For treating you the way I did/But something took hold of me/And I acted like a dustbin lid.” Don’t let the dustbin lid close on Eighties Paul. The goodies are there if you do some digging.