Discovering the Mars Volta has always felt like finding the key to another dimension teeming with monsters and magical arcana; twisted fables and dangerous lore. It’s fitting, then, that their new career-spanning boxset, La Realidad de los Sueños, resembles some kind of trippy, seemingly bottomless treasure chest — an aural history of the band replete with hidden tricks and treats. Lift a hidden lid and a duo of pins tumble out — shift the LPs and a pair of 3D glasses fall to the floor that brings the album art covering the box to shivering life.

As Mars Volta impresario Omar Rodríguez-López said in a recent interview about the release: “It’s a snapshot, the only proof that I have that that person, now unrecognizable to me, once existed and did these things, had these experiences. It’s like finding a beautiful surprise package that becomes sentient and awakens us.” For his part, singer Cedric Bixler-Zavala calls the box set a “time machine.”

Including a staggering 18 LPs — the Texas prog-rock band’s entire remastered discography on vinyl (via Chris von Rautenkranz) along with various long-lusted-after lacunae from the Mars Volta’s history — the set is a visual feast, and just sorting through its various volumes will set any fan back a fair chunk of time: from an accompanying photo book to said pins and glasses.

The remastered discography is, needless to say, a lush listen, but it’s the various previously unavailable or hard-to-find cuts that pull the box set together, unlocking new facets of the band’s trajectory. This is Mars Volta as they saw themselves, unfiltered by their label, Universal — with whom they had a rather contentious relationship — or outside producers. It’s evident in the smallest touches — for example, the cover of De-loused in the Comatorium boasts the Storm Thorgerson-designed “jellyfish man”  instead of the “egg man,” who is featured on the Universal version of the record. And it’s evident in the music Rodríguez-López excavated from his vault. As Bixler-Zavala said in that interview: “We came from a different world — cool shapes, cool colors, cool shit you could do with it — shit that’s just not fuckin’ ‘normieville.'”

First up, we meet the band sans label, with 2002’s self-released Tremulant EP — which isn’t currently available on streaming. That EP portends the kind of noisy, fable-laden mysticism we’ve come to expect from Rodríguez-López and Bixler-Zavala as opener “Cut That City” slowly builds from what sounds like dead air to an eerie soundscape — then explodes. 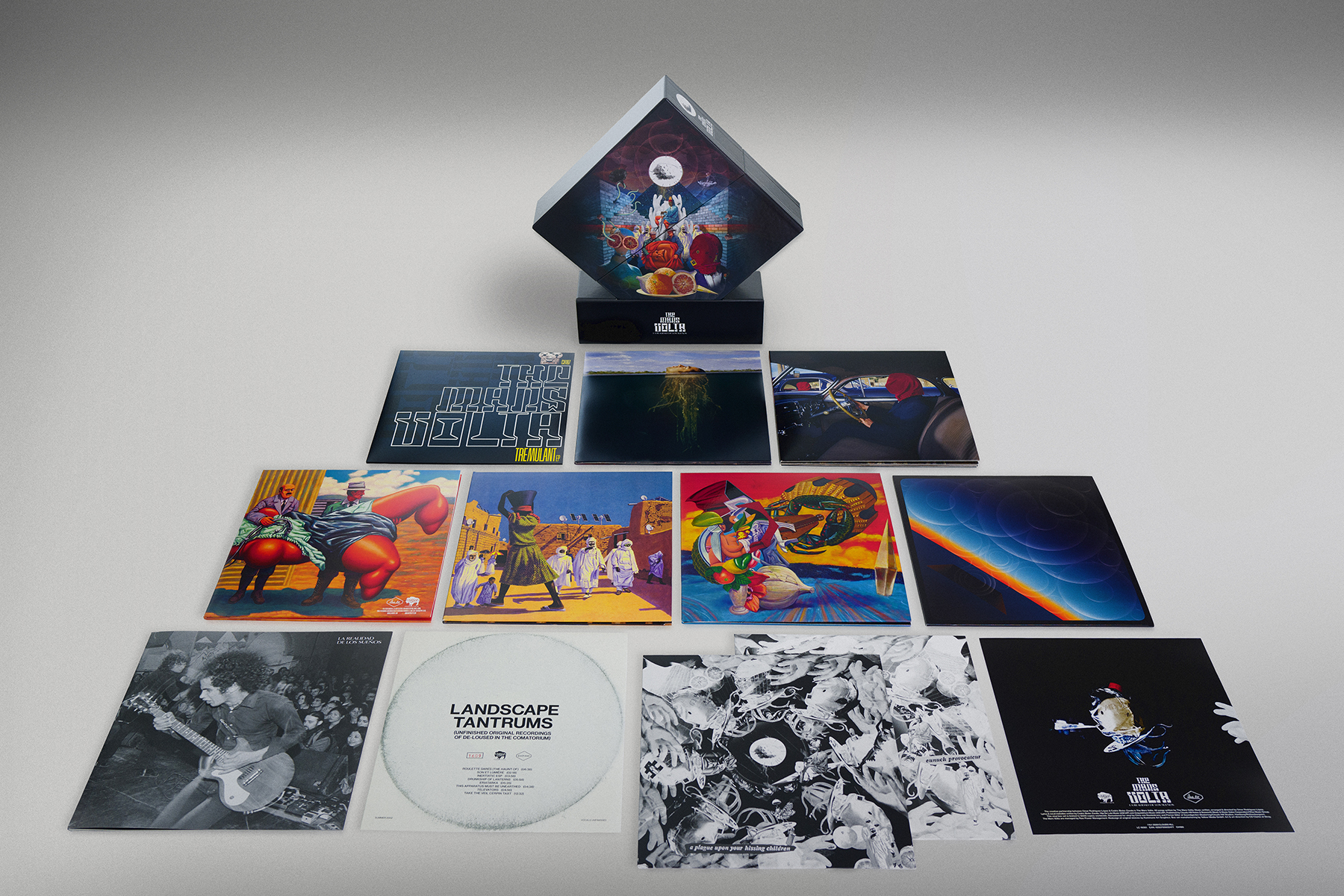 Before Rick Rubin brought the polish to the band’s celebrated 2003 debut De-loused in the Comatorium, there’s the lost album cuts that comprise Landscape Tantrums, a decidedly less sleek collection of previously unreleased songs that, nonetheless, capture the glorious séance-gone-wrong ethos that is the Mars Volta. Those tracks are seemingly timeless, untouched by early Aughts rock fads, reminding us that this is a band of music nerds who used to geek out over classic punk and psych.

The set also features two lost songs from the De-Loused era, the palpating “A Plague Upon Your Hissing Children” (previously only available as a bootleg), and an alternate, tighter version of “Eunuch Provocateur,” off Trelumlant. There’s also “Mr. Muggs,” a terrifying instrumental bonus single off the band’s 2008 album The Bedlam in Goliath that sounds like an off-kilter soundtrack to a Twenties horror film — fitting, considering that Bedlam was famously inspired by a devious Ouija board. “Mr. Muggs” was even initially released on a piece of vinyl shaped like a planchette.

Much like Mars Volta’s music, each spin through the box set reveals new facets, colors, snippets of words, and imagery. For long-time fans, it’s an immersion, a time machine, as Bixler-Zavala calls it. For the newly initiated… well, refer to sentence number one.