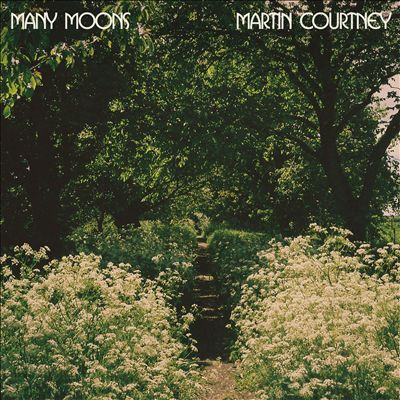 If the words “Real Estate side project” don’t exactly make for the most thrilling tagline for a new indie rock record in 2015, that’s only because Martin Courtney, the singer-guitarist for the New Jersey band, is a bit late to his own crew’s going-solo party. Now, after several respectable musical detours from his bandmates Alex Bleeker and Matt Mondanile, Courtney gets in on the fun with this partly-cloudy psych-pop set.

Many Moons has its share of stunning moments, from the Roy Orbison-meets-the-Kinks orchestral title track to the homesick melancholy of the album’s catchiest song, “Northern Highway,” which finds Courtney dreaming of his Northeast hometown, bemoaning any place “where the seasons never change.” Suburban nostalgia gone sour is a recurring theme for Courtney, who is at his sharpest when describing the “black-mold basements and fenced-in yards” of his North Jersey childhood.

As a vocalist, Courtney equally evokes Kurt Vile’s listlessness and Doug Martsch’s heroic exhaustion, switching from detached indie drawl to earnest rocker croon from one song to the next. The Brooklyn-based singer is an expert arranger and song craftsman, if only an adequate lyricist: He trades in plenty of pop/rock cliches, which can work well – but when Courtney sings lines like, “We’re not the same as who we were/Doesn’t matter anymore,” it’s unclear if he’s toying around with recycled images of young-adult malaise or simply passing them off as original profundity of his own. At its best, though, Courtney’s solo debut is a big-hearted reflection on time, memory and innocence that makes growing up sound every bit as scary as it is.