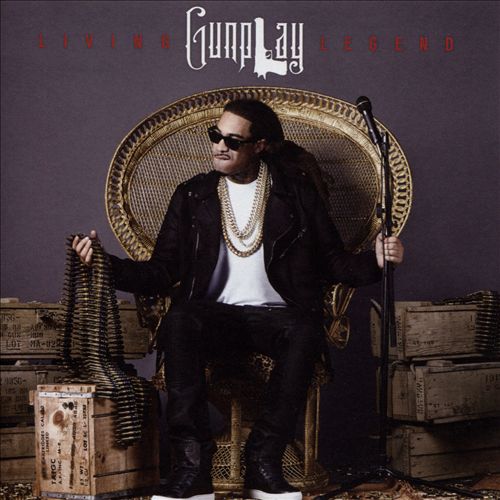 Miami shout-rapper Gunplay is a singular voice in Southern rap. He’s got the high-octane, high-volume, permanent hypeman delivery of Waka Flocka Flame, but he’s also an intricate rhyme writer in the tradition laid down by old school New York rappers like Big Daddy Kane. The 36-year-old rapper likely remembers the shout-y reign of Run-D.M.C., the punishing low end of Miami bass and the initial shock of California gangsta rap — on his Def Jam solo debut, he dutifully quotes from both Ice Cube’s “Check Yo Self” and Slick Rick’s “Children’s Story.”

While Gunplay’s trap-centric subject matter fits squarely within modern hip-hop trends, his point of view is far less glamorous: “Cognac, intense cigars, dirty guns and messy walls/Ain’t no private jets and tours, just some partners, hoes and Coors.” His intricately constructed rhymes focus on things like ramen noodles, child support and “cold courtroom air.” He brags about his dirty drawers and gets high on his own supply – think Clipse’s rhymebook and M.O.P.’s made-you-flinch toughness plus the delirium of the Florida heat.

Gunplay is at his best — maybe even one of contemporary hip-hop’s best — when he’s stacking internal rhymes with grimy imagery and off-kilter gags, like this couplet from “White Bitch”: “Skinny as pasta, with a big ol’ Mossberg/Squares in my trunk and white all in my nostrils/Snow bunny get me mo’ money, order more lobster/Roll slow, speed, smoke weed like 44 Rastas.” The only real problem with Living Legend is that he’s clearly holding back some of his formidable lyrical skills to be competition for the Fetty Waps, Chief Keefs and Vine-traded hook-rappers of the world, building a handful of songs around rhythmic catchphrases (in “Only 1” he says “you ain’t the only one” nearly four dozen times) or sung choruses (“Just Won’t Do”). But when he lets his hard-rocking rhymes run amok, Gunplay is a breath of fresh Swisher smoke and spittle-flecked air.