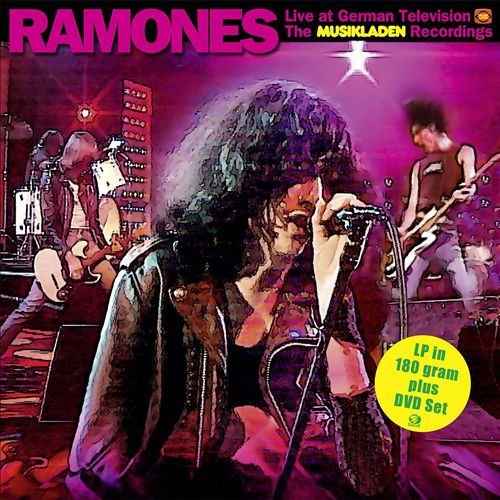 On September 13th, 1978, the Ramones made their live European television debut to a studio audience of young Germans — seated at tables. The effect on the DVD that comes with this rippin' artifact on CD or LP (you need a region-free player) is like watching high schoolers waiting for someone to bring lunch. You also see at least one row of bouncing souls, mesmerized and sure to start new bands the next day. The Ramones, with new drummer Marky, play like they're in a cleaner CBGB, tearing through 25 bullets from their first four LPs inside 52 minutes. On record, it's two dozen greatest hits, nonstop. Onscreen, it's New York's black-leather knights in tight, bludgeoning focus — before the schisms and frustrations of the Eighties — when they were new and sure the world was theirs.