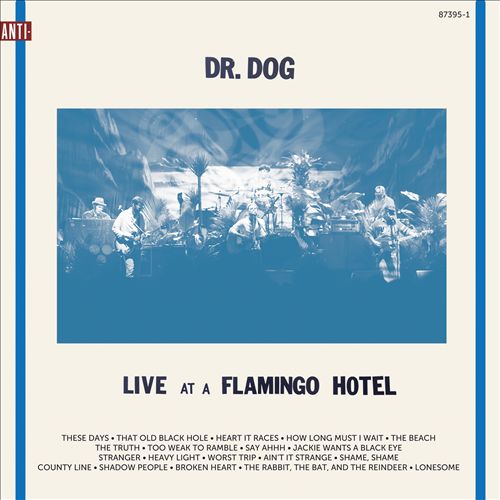 Philadelphia six-piece Dr. Dog have amassed a jam-band-like cult following that can be confusing if you've only heard their seven albums. In the studio, they're a competent crew of Beatles disciples who cut straightforward, surfy folk rock. Their live shows, on the other hand, are full of electric enthusiasm and sharp proficiency that illuminates how they became so well-loved. Cut during a 20-show stretch last year, Live at a Flamingo Hotel (any Flamingo Hotel will do, apparently) has 19 swaggering, giddy takes of fan favorites like their better-than-the-original Architecture in Helsinki cover "Heart It Races." Check it out and the idea of following them on tour will suddenly seem totally reasonable.