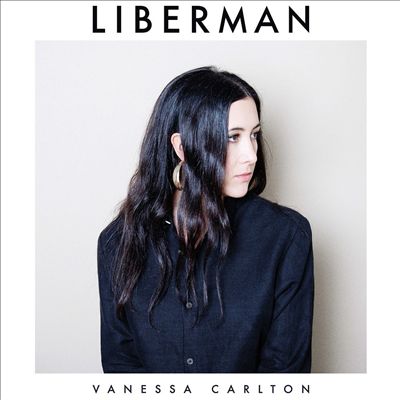 If Vanessa Carlton spent a thousand years at the piano, she probably wouldn’t come up with another “A Thousand Miles.” Her 2002 debut single, which brought a touch of classical to the TRL crowd with its piano and string splendor, is turning out to be one of those once-in-a-career songs. Thirteen years later, it’s still her only real hit. Certainly, there’s nothing on Carlton’s fifth album that approaches it; the closest she comes is on “Nothing Where Something Used to Be,” a bittersweet breakup song (“I didn’t say, but I was sad to see you go/You went back to the ghost, I went back to what I know”) that comes wrapped in sweeping, Coldplay-ish lushness. It’s easily the catchiest tune here. Liberman — named after Carlton’s grandfather, whose 1963 oil painting of three women helped inspire the album — favors languorous atmospherics whose subtle pleasures sink in upon repeated spins. The opener, “Take It Easy,” sets the soothing mood, offering comfort to restless souls: “Are you waiting all the time for some unending delight?/Have you ever broken your own heart?” asks an empathic Carlton. Tracks like “Willows,” with Carlton’s cascading keyboard work evoking “A Thousand Miles,” demonstrate that she has learned well from the Sarah McLachlan school of easy listening. But for all its prettiness, Liberman tends to fade into the background. Even Carlton’s wistful vocals often disappear into the mix. And, at only 35 minutes, the LP feels a bit lean by today’s standards. She’s going to have to do better than that if she wants to be more than a 2000s-nostalgia darling.