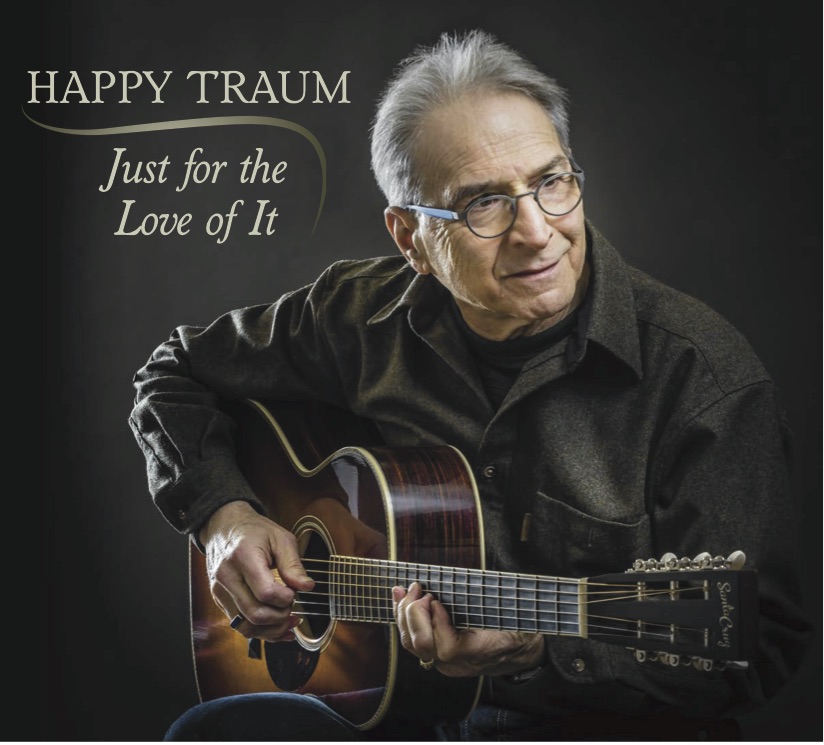 At 77, Happy Traum is a folk revivalist straight out of Inside Llewyn Davis – a Bronx believer who, alongside his late brother Artie and many others, eventually landed in the music-minded hamlet of Woodstock, New York. (For a full portrait, see Barney Hoskyns’ forthcoming Small Town Talk: Bob Dylan, The Band, Van Morrison, Janis Joplin, Jimi Hendrix & Friends in the Wild Years of Woodstock.) Traum never left, and his latest set is a handsome, modestly-virtuosic celebration of folk tradition and a community that still cultivates it.

Traum has an easy, conversational singing voice that hasn’t changed much, and a delicately fluid acoustic guitar style testifying to decades as a student and teacher.  The song selection on Just For The Love Of It is canonical, thematically long on loss and death, as you might expect from a septuagenarian who outlived his younger brother/collaborator. But he has a village of comrades on hand. John Sebastian adds harmonica to “I Ain’t Got No Home,” the Woody Guthrie signature, which Traum embellishes beautifully. In the liner notes, Traum labels “The Water Is Wide” as “one of the most beautiful songs in the English language” (it’s one of the oldest, too); he argues his case for it with Larry Campbell’s pedal steel – like sunbeams through clouds – and Teresa Williams’ vocal harmonies.

History feels lived, not fixed, here. “In The Pines” looks back to Leadbelly’s definitive reading but finds the ghost of Cobain’s on the way. “Spanish Is A Loving Tongue” echoes versions by Emmylou Harris and Dylan. Speaking of, “Crash On The Levee (Down In The Flood)” was one of the four duets that Traum cut with Dylan in 1971 for the latter’s Greatest Hits Vol II. It gets a reprise here: Happy takes the supple solo he couldn’t on Dylan’s version, with son Adam Traum taking one too, for good measure. This take’s a bit more uptempo and a bit less vindictive than Bob’s, which maybe ain’t surprising from a dude named Happy. Still, it’s the sad songs here that really connect: See “Deep Blue Sea,” a song about death delightfully buoyed by gospel harmonies and David Amram’s kwela-style pennywhistle. If we all gotta go, and we do, this seems like the right way to look at it.