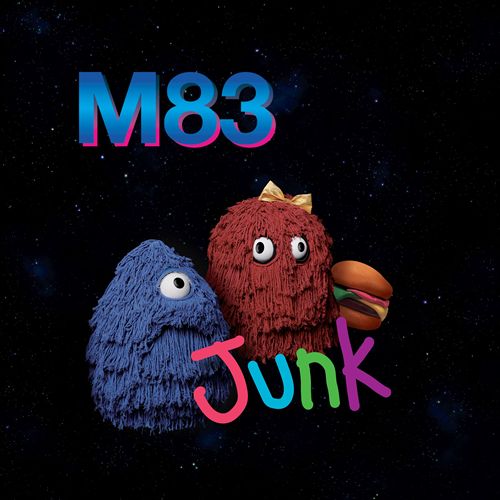 M83’s Anthony Gonzalez has always had a flair for the cinematic. But after drafting 15 years worth of synthy film scores for the conventionally-attractive young adults of his fantasies, Gonzalez found more down-to-earth inspiration for his band’s latest, mining his childhood memories for musical influences. What emerged is a semi-autobiographical work, flippantly titled Junk. A potpourri of Seventies and Eighties nostalgia, showcasing bombastic saxophones, Auto-Tuned vocals and keytar solos, Junk is a far cry from the serenity that was 2011’s Hurry Up We’re Dreaming. “This is how people listen to music nowadays,” Gonzalez told Pitchfork last month. “They’re just gonna pick certain songs they like – one, two, if you’re lucky – and trash the rest. All else becomes junk.”

Gonzalez’s taste in guest spots underscores his self-indulgent streak. Cheese-guitar virtuoso Steve Vai materializes on “Go!,” with a blistering solo worthy of his Eighties glories. Norwegian chanteuse Susanne Sundfør hits peak Carole King in her euphoric number, “For The Kids” (though the reverie sours during an eerie monologue, presumably spoken by a dead child to her mother). Beck steps in to lend his cool to “Time Wind,” which unfolds organically into a 2016-friendly yacht rock groove. But it’s France’s best kept secret, vocalist Mai Lan, who stands tallest; on tracks like “Laser Gun” and “Atlantique Sud” she tempers the record’s kitsch factor with the timeless, ghostly vocal sheen.

Gonzalez’s more sincere side peeks through in moody, orchestral tracks like “Solitude,” and the harmonica-heavy ballad, “Sunday Night 1987.” Still, as its title implies, Junk leans too heavily on the quirks from the past, rife with the least flattering odds and ends of a time long gone. If this record is supposed to evoke the hot shame of retroactive embarrassment – akin to gazing at your pizza-faced high school glamour shots – it passes with flying colors.