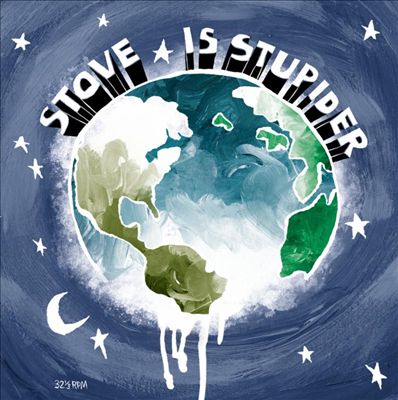 If you’re going to name your band Stove, you’d better be pretty hot. Luckily, Steve Hartlett, the former songwriter of New England indie favorites Ovlov, is up to the challenge. After the drawn-out break-up of his old band, Hartlett has changed tacks for this searingly introspective solo project. His first album as Stove boils slacker-rock riffs that could have come from an old Pixies or Dinosaur Jr. record into a pummeling Gen-X storm, with waves of distortion pounding the singer until it sounds like he might break.

Hartlett recorded Is Stupider on his own in a Vermont barn, and it’s hard not to hear it as a lonely guy arguing with his shadow. Indeed, he often addresses himself directly: “Please come around/To my arbitrary sound…/Steve, where’d you go?” he pleads on the tantrum-like standout “Wet Food,” while the lead singles “Stupid,” “Stupider” and “Stupidest” form a ladder of sarcastic self-doubt. It’s an intense, perceptive performance from an artist who’s just starting to see what he’s capable of.