If You're Reading This It's Too Late - Rolling Stone
×
× 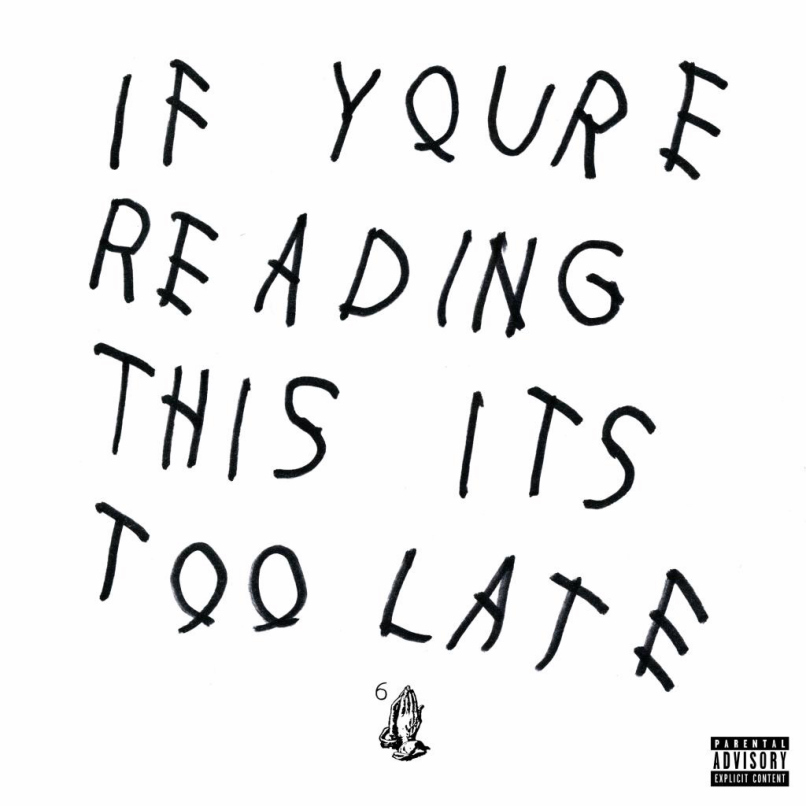 Is it an album? Is it a mixtape? Who cares? The 17 tracks that Drake released at midnight on a recent Thursday hit harder and hold together more cohesively than most big-budget event albums. There’s nothing resembling a radio single on If You’re Reading This It’s Too Late, and not many of the seductively sung hooks that rocketed the Toronto MC to fame. Instead, there are lots of songs like “Star67,” a sullen chomp at the hand that feeds him: “Brand new Beretta, can’t wait to let it go/Walk up in my label like, ‘Where the check, though?'” It’s hard to imagine the heads of Cash Money Records, who are currently embroiled in a financial dispute with Drake’s mentor Lil Wayne, shmoney-dancing to that one. But for fans of the singular aesthetic that Drake has developed in recent years, “Star67” and the rest are manna straight from heaven, or at least from Canada.

Musically, If You’re Reading This is a deep soak in the sound he staked out on 2013’s career-peak Nothing Was the Same and furthered on last year’s hit “0 to 100/The Catch Up.” Trusted collaborators like Boi-1da and Noah “40” Shebib weave together murky piano loops and wispy R&B samples that lurk in the background, leaving plenty of room for Drake to go off. Lyrically, he’s in pure stunt mode, using his star power to turn obscure slang into the height of style. (“Running through the six with my woes” sounds cooler than “Hanging out in Toronto with my friends,” doesn’t it?) The lower stakes for this project let him refine and focus his strengths; the brags are less humble, the threats more pointed. “Please do not speak to me like I’m that Drake from four years ago,” he sneers on “No Tellin’.” “I’m at a higher place.”

Drake has often been synonymous with emotional openness, but this is far and away the least vulnerability he’s ever shown on record — at least until “You & the 6,” a heartfelt, one-sided conversation with the single mother who raised him. He complains about the time she tried to set him up with her personal trainer; he pushes her to forgive her ex, his dad. It’s one of Drake’s best songs ever, but you might not notice it until the third or fourth listen because he plays it so cool. For the first time in his career, Drake doesn’t sound like he wants to be remembered as one of the greats. This time, he just is.