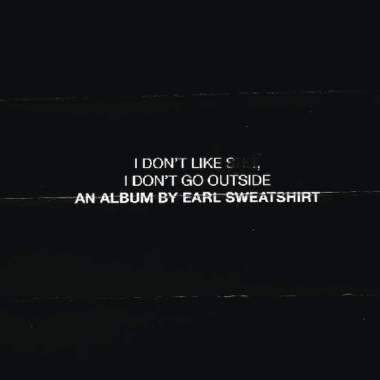 On his first studio album, 2013’s Doris, the most mysterious member of L.A. shock-rap gremlins Odd Future proved himself by exploring real-life alienation. On his excellent second LP, Earl Sweatshirt keeps deepening his game — spooling out dense, mordant rhymes over zombifically blunted tracks as he somehow sucks you into his sunless reality. It’s amazing that music so claustrophobic can be this engrossing.

As always, Sweatshirt is most compelling when he’s going toe to toe with his own demons. “I spent the day drinking and missing my grandmother,” he raps on “Huey,” perfectly summing up the music’s desolate vibe. “Mantra” opens with some maniac grandstanding (“With a cleaver and a .30 and some twisted weed/I pick one and let the crimson leak”), then slides into a downhearted breakup song. “Grief” is a harrowing shut-in snapshot: “I just want my time and my mind intact/When they both gone, you can’t buy ’em back.” At just 10 songs in a half-hour, I Don’t Like Shit is surprisingly concise — even if it’s sometimes dark and paranoid enough to make There’s a Riot Goin’ On sound like the Three’s Company theme. And who needs more? Even a half-hour with Earl is enough to leave you with a lifetime of creepy memories.