How Big How Blue How Beautiful - Rolling Stone
×
× 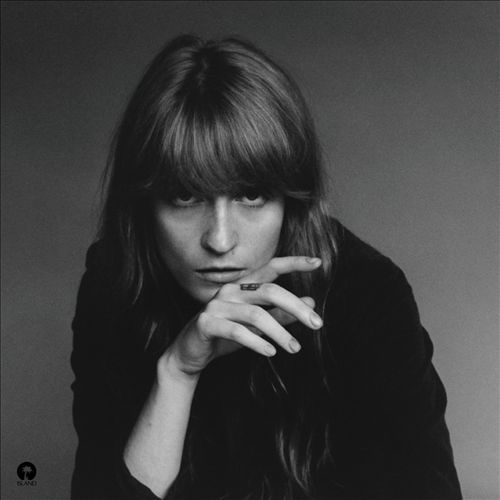 Florence and the Machine’s 2012 MTV Unplugged set was startling. Here was Florence Welch’s magnificently wayward choir-girl voice laid bare, shorn of cathedral reverb and synth swaddle, singing hits and covers (including Otis Redding’s “Try a Little Tenderness”) backed by wooden instruments and candles. The band’s first LP since that session seems informed by it: Finally, Welch is leaning hard into the classic rock and soul sounds her vocals always flirted with, like Ophelia in a Mondrian miniskirt.

The timing feels right. Welch emerged in the shadow of Amy Winehouse, and Welch’s 2009 debut was followed by the megasuccess of Adele — two kindred British soul divas with signature throwback sounds. Welch had her own thing, conceptually bolder: a cinematic art rock that looked back to Kate Bush, and looked forward via collaborations with dance producers like Jamie xx and Calvin Harris. Her main wingman here is producer Markus Dravs (Björk, Arcade Fire, Coldplay), the Brian Eno protégé who helps rock acts signify pop. You can see what Dravs and Welch are up to on the co-write “Queen of Peace.” Gone are the signature African-goth drums, replaced by a dry, midtempo Motown backbeat dressed in tambourine shimmer and orchestral flourishes. The single “What Kind of Man” begins with electro atmospherics, but it’s a feint: Raw guitar crashes in over arena-scale kick drum and heraldic brass. Welch isn’t the most rhythmic singer; she’s more about powerful held notes and dramatic articulation, and her rock moves have sometimes felt fussy in the past. But here, she punches like a prizefighter.

The tension makes for a sexy record that sticks to some familiar themes: a woman wrestling with lovers and emotions, often with biblical allusions, liquid-courage assists and a near-violent intensity. But the scale has ballooned. Welch sings about crossing canyons, kissing skylines, pulling the earth around her. On “Ship to Wreck,” a chiming hit of Eighties guitar pop, she’s in bed with a killer whale who “has me by its teeth.” On “Delilah,” she time-travels to party hard with the Old Testament femme fatale over a Northern soul groove. “Long and Lost” — maybe her most Charlotte Brontë-via-Kate Bush moment ever — is a magnificent bit of British brooding, backed by ghostly choral vocals.

Toward the record’s close, the 21st-century art-pop Flo returns, and not a moment too soon. The beguiling “St Jude,” sung over a space-garage drone, and the huge-sounding pep-talk anthem “Third Eye” (the set’s highlight) recall her notable cover of Drake and Rihanna’s “Take Care.” In a field glutted with aimless revivalists, Welch uses the past here to get at the present. See her howl-at-the-moon finale, “Mother,” its meaty psych guitars and full-on rock shouts betraying her love of Jefferson Airplane — you half expect her to go out “White Rabbit” style with the always-timely command to “feed your head!” And in a sense, in her arty, English way, that’s just what she’s doing.