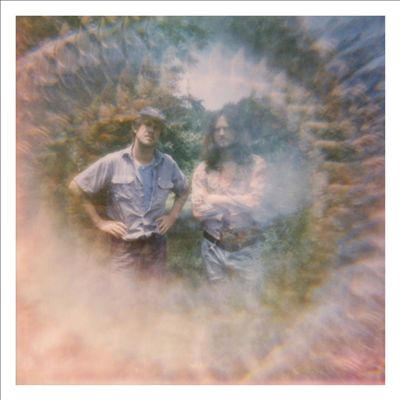 After releasing Wasted on the Dream in March of this year (no thanks to ex-label Warner Brothers), JEFF the Brotherhood paused for a moment, took a sizeable bong rip and plunged into a mystical desert oasis. At least, that’s the impression left by Global Chakra Rhythms, the first album the Orrall brothers have recorded since escaping their major-label dungeon. Forget the straightforward garage-rock instrumentation of the band’s past: This time, they’re out for a cosmic cornucopia of proggy psychedelic tunes with names like “Food and Wine Festival” and “Pringle Variations,” all of them miles from the pop and polish of Wasted on the Dream.

Fellow Nashville free-thinkers like Jack Lawrence (the Dead Weather), Reece Lazarus (Bully), Jessica McFarland (Heavy Cream, Savoy Motel), Luke Schneider (Natural Child), and Christina Norwood (D. Watusi) join the core duo, adding organs, saxophones, digitized synth noise and more to fuel the LP’s magic-carpet ride. “Deep Space Bound” zooms over the Autobahn, high-fiving Kraftwerk along the way. “Liquid Onyx” is a cacophony of beats and buzzes from the jungle, the outback or a Silver Apples recording, ending with a two-minute percussive sequence that sounds like someone’s head is about to explode into a flock of toucans. A brooding, booming cover of Mazzy Star’s “Mary of Silence” gets the stoner-metal bass line the original was always asking for.

While nearly all of the album’s tracks clock in at six or more minutes long, Global Chakra Rhythms never feels ponderous – it’s a record about breaking free. And while it might not be the band’s most accessible effort on first listen, repeat spins will reveal what a shame it would be to pass this strange treasure by.