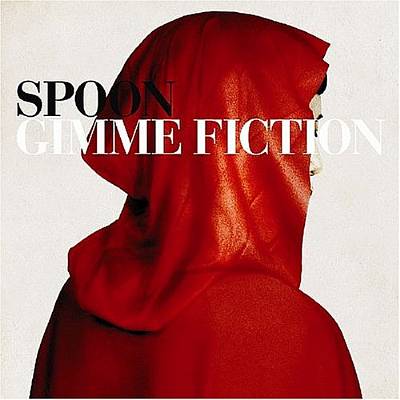 A couple of albums before 2005’s Gimme Fiction – Spoon’s fifth album, and the Austin band’s first to make the Billboard Top 200 – leader Britt Daniel stripped back their sound to staccato guitars, cool piano chords and unconventional percussion patterns. This gambit paid off spectacularly, especially after the uncommonly jaunty “That’s the Way We Get By” landed on The O.C., helping draw a rapidly growing new fanbase to Spoon’s music. Yet the pressure to top this initial success spooked Daniel into a crippling bout of writer’s block.

To get over it, he created the demos that now fill the second disc of Gimme Fiction‘s 10th-anniversary deluxe edition (even more bonus tracks are available online). Even more skeletal than the band’s already stark albums, these sonic sketches further accentuate what Spoon fans already know: Daniel understands exactly how to frame his singular sneer of a voice to maximum effect with minimal materials.  Even when he’s simply strumming his acoustic guitar, as he does on the “first demo” version of “I Summon You,” a rendering considerably faster than the one released on Gimme Fiction in 2005, his chords are already skewed in just the right way. Spoon’s instrumentation may change drastically from album to album, but Daniel is always Daniel.

Gimme Fiction‘s protracted birth gave Daniel time to finesse the falsetto soul of “I Turn My Camera On” and the tricky time signature shifts of “Sister Jack,” but most demos prove that his songs already stood on their own without producer Mike McCarthy and drummer Jim Eno’s dub-schooled studio tricks. The home demo for “Was It You?” eclipses the album version largely because its banging drum machine trumps Eno’s subtler beats, while the barren demo of “The Beast and Dragon, Adored” owes an even more obvious debt to the Kinks’ “Sunny Afternoon.” A transitional album that presaged 2007’s pop breakthrough Ga Ga Ga Ga Ga, Gimme and its blueprints mark the spot where this assuredly cool band got even chillier.