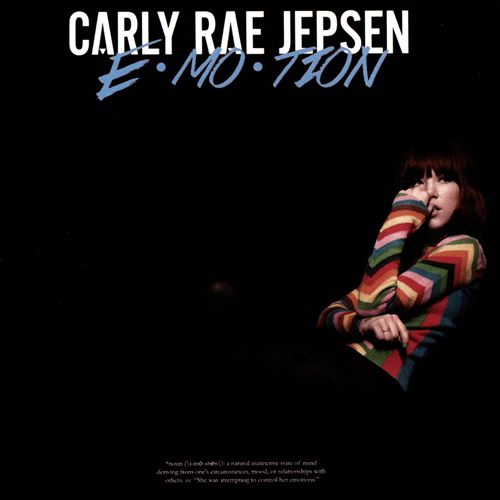 Carly Rae Jepsen is looking for more than a one-song stand. A barrage of tracks has preceded the release of her second U.S. album, suggesting she’s desperate to prove that 2012’s smash “Call Me Maybe” was no accident. That song was the sort of pop virus that can’t be lab-engineered — but the album that followed, Kiss, drowned its tracks in lackluster beats like half-cooked hamburgers smothered in ketchup.

Emotion goes for the artisanal instead. That means alt-rockers gone pro (Vampire Weekend’s Rostam Batmanglij co-wrote and produced the trance-y “Warm Blood,” and Blood Orange’s Devonte Hynes helped stir the slow-gliding synths of “All That”) appear alongside Swedish song doctors who’ve ministered to Taylor and Britney. It adds up to a pop master class, rifling through Seventies and Eighties sounds and stacking hooks on hooks on hooks. But whether the songs are about lust (“Run Away With Me”) or heartbreak (“Boy Problems”), the default mode is triumph. Almost every track is like a bouncy castle: fun, certainly, but not made for long-term stays.