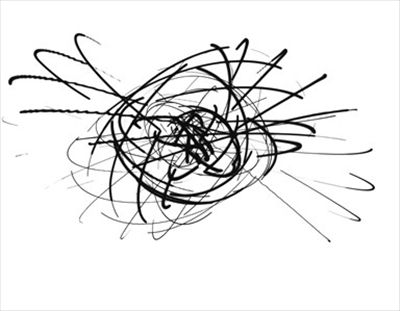 Floating Points is the musical project of London’s Sam Shepherd, who spent five years piecing together this debut album while working toward a PhD in neuroscience. A composer, engineer, chorister, DJ and producer all rolled into one, 29-year-old Shepherd has a touch of the mad scientist about him: His vision for Elaenia was so grand that he actually built a harmonograph, a modified Victorian mechanical contraption that he used to convert the synth parts on the standout track “For Mamish” into album art. But his years of relentless effort have paid off marvelously, and the album’s lush jazz-ambient fusions confirm him as one of contemporary electronic music’s most forward-thinking talents.

Shepherd is among London’s most sought-after DJs, known for marathon sets that span everything from disco’s deepest cuts to feel-good hip-hop. But here he steps away from those club sounds in favor of a fully immersive experience that’s unbounded by genre. Elaenia opens with the atmospheric rise of “Nespole,” then hits an immediate peak with the dramatic, spiritual jazz of “Silhouettes (I, II, III)” — a 10-minute set piece that flits between freeform drums, a quirky flute melody and frenzied strings. The title track, a gorgeously minimal lullaby, rolls over into the synth escalations of “Argenté” and “Thin Air,” which in turn grow into the deep bass rumble of “For Mamish.” The album concludes with the tremendous clashing drum storm of “Peroration Six” — a glorious closer to a set that reflects the cutting-edge mechanisms of Shepherd’s complex mind.