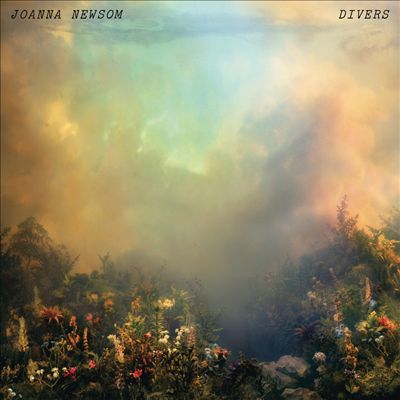 “We mean to stop, in increments, but can’t commit/We post and sit, in impotence/The harder you hit, the deeper the dent,” Joanna Newsom spits on “Leaving The City” — a storm system of consonance and assonance that morphs between harp-led Renaissance courtly dance and social-media-damning, Mellotron-amped rap rock. The California-bred singer-songwriter may represent like an ambassador for the Society for Creative Anachronism. But to paraphrase psychedelic swami Ram Dass, she sure can be here now.

Newsom’s first album since her left-field star turn in Paul Thomas Anderson’s Inherent Vice (fittingly, as a wise hippie chick) is no less ambitious than her past records. But the huge orchestrations of 2006’s Ys and the idea-sprawl of 2010’s triple-disc Have One on Me are distilled into songs closer to her folksy 2004 debut, The Milk-Eyed Mender, though informed by greater craft and magick. On the opening track, “Anecdotes,” simple melody lines alternate on harp and piano, distending and gaining embellishments as they go, with strings, woodwinds, brass and mini-Moog flashing, ending on the word “gone,” sung in a note of dazzling clarity. On the next song, the polysyllabic New York City research project “Sapokanikan,” she sings another gorgeously pyro-technical “gone” near the end, but with greater embellishment. It’s one of many winking echoes across a set whose details and sub-structures reward geek-study in a way albums rarely do anymore.

Yet this isn’t difficult music. A concept album about history, memory, movement, loss and love, the emotional tone here — a wry, wistful melancholy — is pretty straightforward, a function of Newsom’s tightened focus. Even her famously weird voice is tempered and refined, its licorice mewls, coos and cackles counterweighted with plump bursts of tonal purity. The album’s masterpiece, in fact, is its simplest tune. “The Things I Say” is a compact, heart-lancing piano song about time, regret, and the ways in which they warp us. Sung in plain language, it’s like something off Joni Mitchell’s Blue remade for an antebellum revue, with a spooky denouement of bowed saw and kaleidoscoping electronics. Alongside 2004’s “Peach, Plum, Pear” or 2010’s “Good Intentions Paving Company,” it’s as perfect a song as Newsom has done.

Per usual, sly humor is also in effect. “Same Old Man” is one of at least three songs about New York City — Joan Didion’s Goodbye To All That as told by an impressionist narrator who talks to fallen leaves. “Goose Eggs” finds Newsom apparently trying to make sense of desire without much luck, singing about a friend, a bottle of rye, and their “five loose legs,” while addressing a third someone as “Honey.” An old-time parlor ballad arranged for fiddle and accordion and recalling her work with Van Dyke Parks on Ys, “Waltz Of The 101st Lightborne” is a tale of World War IV with still more echoes: “Honey, where did you come by that wound,” she chirps, as tender as it is cartoonishly surreal.

Ultimately, Divers, is about things lost with age and progress — wisdom, beauty, innocence, love, mystery. Yet this music always seems to look ahead. Unless your definition includes marxophones, clavichords, guitarets, electric harpsichords and various vintage synthesizers, it’s hardly Luddite folk revivalism. The set ends with “Time, As A Symptom,” where the City of Prague Philharmonic Orchestra plays an arrangement by Dirty Projectors’ Dave Longstreth that flickers like a roomful of votive candles. Yet the song’s pleasures are basic, like the birdsong samples that punctuate it, a call to transcendence that keeps returning to the word “joy,” with some of Newsom’s least mannered singing and a funky beat on the outro that begs for a remix. Questlove, Kanye, Kendrick and all other curators of hyper-literate avant-pop: Ball’s in your court.