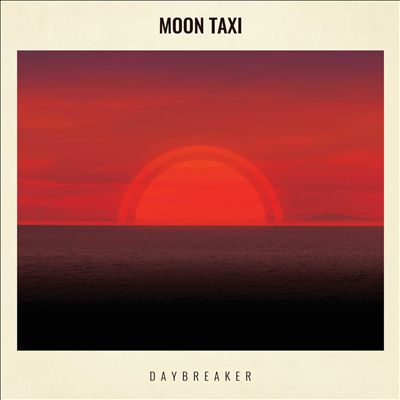 Over the last few years, Nashville’s Moon Taxi have worked their way up from Bonnaroo buzz-band to something approaching Kings of Leon country, playing a pleasingly cross-bred rock — a little indie, a little proggy, kinda poppy, Southern and jammy in a way that might be unrecognizable to oldsters who grew up in an era when Southern jams always meant bong-powered visions of the Allman Brothers. Their fourth studio set definitely has its moments of classic-feeling big-sky grandeur: On “All Day All Night,” frontman Trevor Terndrup sings “I don’t know just where I’ve been/Same clothes on my back again,” but the lithe tune that follows is marked by its concision and smooth textures, not ambling solos. Vampire Weekend pops up often as an influence, especially in the band’s liquid guitar elocutions and Terndrup’s airy vocals (“Run Right Back” is almost like a VW travelogue relocated from Cape Cod to Carolina); there’s also crunching rock, bar-band soul and folk-pop, all given tasteful polish from Kings of Leon and Modest Mouse producer Jacquire King. The results can recall the more subtle, stately adult-oriented record making of the Seventies and Eighties — if some of that intricate craft might get lost on a summer festival stage in front of 50,000 people, it’s also music that can stretch out to the horizon just fine too.