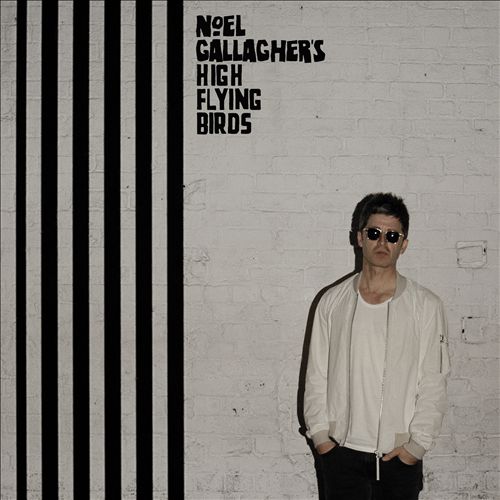 You cannot accuse Noel Gallagher, the former singer-guitarist and domineering songwriter in Oasis, of lacking self-awareness. The title of his second album since that British band’s implosion in 2009 gets right to Gallagher’s stubbornly retrospective passions — anything by the Beatles; Seventies glam; the Eighties boom in paisley jangle, led in his native Manchester by the Smiths and Stone Roses — with a light swipe at anyone still pining for an Oasis reunion. Their savage charm is reprised here to satisfying effect in the stony “Lock All the Doors” and, with a twist of wry, “You Know We Can’t Go Back.”

The greater appeal of Chasing Yesterday is in the way Gallagher, 47, now does reflection, loss and persistent optimism, leavening his usual power chords and pub-choir-ready choruses with a dusky, psychedelic churn that exposes the long, hidden thread running from early-Seventies Traffic to the Stone Roses’ dazed 1989 shuffle “Fools Gold.” “Riverman,” “The Dying of the Light” and “The Right Stuff” are all rain, brooding and fragile promises, stretched under velvet-ripple Mellotrons at lonesome-stroll tempos. The words, for Gallagher, often seem like a way just to get from one vocal note to another while having fun with his elders. “Gonna try my best to get there/But I can’t afford the bus fare,” he sings in “The Dying of the Light,” a line that sounds like it dodged a final edit. “Riverman” is almost a game of spot-the-precedent: a Nick Drake-like title, lyric drops of George Harrison and Bob Dylan.

But step back from those details and enjoy the broader view: Gallagher’s genuine talent for making gripping pop from elementary materials. In “Ballad of Mighty I,” which features the Smiths’ Johnny Marr on guitar, Gallagher sells his determination (“Wherever you run, I’ll be on your tail”) at a dark-disco gait with a hall-of-echoes vocal effect that keeps ringing in your head after the song is over. It’s hardly rocket science. It is a great ride worth repeating.