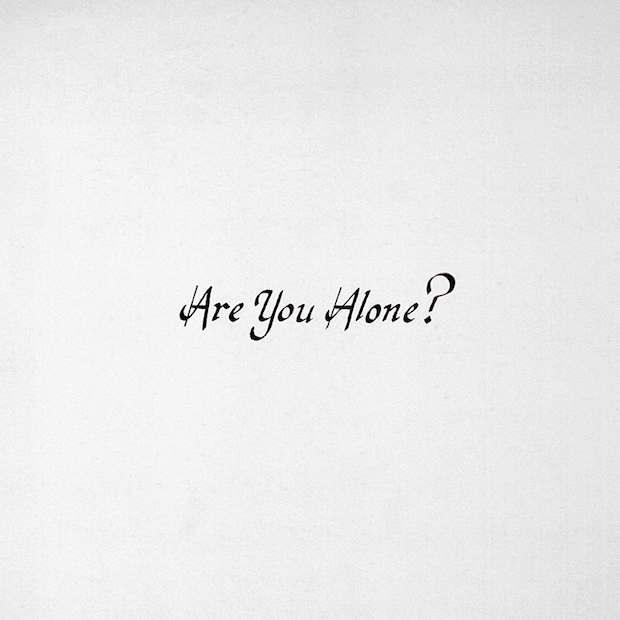 Devon Welsh is the lightning inside Canada’s Majical Cloudz, a coiled bolt of emotion whose out-sized oversharing often captures in a lyric the precise moment where you either fall head over heels in love with someone for their vulnerable bravery, or lurch for the door. “Can I try to be you?” he sings plangently in “Control” over droning organ and what sounds like a spatula thwacking a cookie sheet. “Can I dress up in your clothes and be somebody new?” Even when he breaks the spell with a winky stage aside (“I like it when the song goes slow”), it’s haunting, sexy, head-trippy stuff.

Dissecting love’s power dynamics and identity panics is a venerable synth-pop tradition, from Throbbing Gristle to Eurythmics, Depeche Mode to Grimes (a.k.a. Welsh’s ex-girlfriend, Claire Boucher). Are You Alone? furthers that tradition, taking the voice-and-electronics minimalism of the group’s 2013 breakthrough, Impersonator, and stripping it back even further, leaving the vocals alone for a more unmediated delivery. It’s an improvement: Welsh has a potent voice, with a drama king power recalling Mark Eitzel, Leonard Cohen, even Neil Diamond, and the fact he avoids histrionics only makes it more powerful. (He’s the son of a fairly intense actor — Kenneth Welsh, known for his role in Twin Peaks — so this talent could be partly genetic.) Bandmate Matthew Otto’s shimmering backdrops, meanwhile, have only become more tuneful and inviting.

This streamlined approach may have something to do with Majical Cloudz’s rising star: Lorde took them out recently as opening act for her arena tour, which probably invited broader strokes into their alt-pop performance art. “Downtown” knowingly works a diffuse metaphor that can range from heaven to hell (Neil Young has used it for both). Here, it’s enlisted in a love song that namechecks the Beatles’ “I Want To Hold Your Hand,” contemplates death, and makes a pledge that smacks of hyperbole, but that’s heartswelling all the same. Similarily, when Welsh repeats “You gotta learn to love me” on “Heavy,” it’s both plea and passive-aggressive demand, and it’s easy to imagine his listener is willing to learn. His ability to pack the simplest sentiments with layers of uncertainty makes him a pop act worth rooting for.