Alone in the Universe - Rolling Stone
×
× 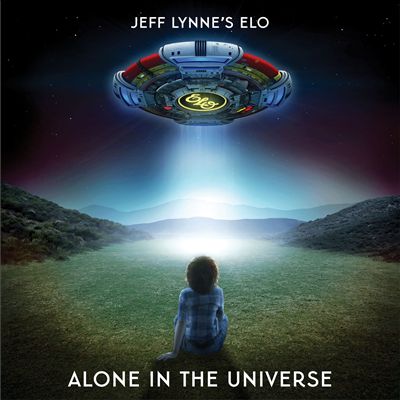 Electric Light Orchestra’s symphonic pop has influenced acts from Flaming Lips to Daft Punk. Yet only one man can sound exactly like ELO, and that’s its leader Jeff Lynne, whose effusive sonic stamp radiates through the hits he helmed and helped write for Tom Petty, Roy Orbison, the Travelling Wilburys and others. Despite a few recent production gigs for Joe Walsh and Bryan Adams, though, Lynne’s skills haven’t been properly showcased in years: His previous album, 2012’s Long Wave, was comprised of covers, and the last proper ELO record came out way back in 2001.

As its title suggests, Alone in the Universe is a thoroughly solo affair: Aside from some percussion by his engineer and background vocals by his daughter Laura Lynne, the maestro plays and provides everything else. The shortcomings of this DIY approach sometimes show up in the lyrics. In contrast to ELO’s early prog-rock sprawl, Alone is bracingly succinct both in words and music. This can be refreshing, but it’s a problem on the cliché-ridden “Dirty to the Bone” (rhymes with “She’ll deceive you till the cows come home”), which would have benefited from a more critical partner in the studio.

That gaffe is particularly jarring because it comes in the midst of warm, graceful ballads like “The Sun Will Shine” and “When the Night Comes,” where Lynne’s trademark sense of wonder is in full effect. His strings may be synthesized, but uptempo cuts like “One Step at a Time” blend Seventies R&B rhythms with Beatle-derived harmonies in a style so true to his classics that you might almost believe that Lynne has reunited his old band. Until that happens, this reassuringly ELO-like record is the next best livin’ thing.