Beauty is in the eye of the beholder, and when that eye belongs to Danish director Nicolas Winding Refn, it’s a trait to both admire and fear. His breakthrough film, Bronson (2008), featured Tom Hardy’s celebrity super-prisoner cavorting violently through visually stunning sets; in Drive (2011), Ryan Gosling curb-stomps an enforcer’s head in an immaculately-lit elevator; and Only God Forgives (2013) embeds its stabbings and brutal assaults in a eye-popping version of Bangkok at midnight. And the attraction/repulsion idea of beauty itself is at the center of his latest work The Neon Demon, the story of an aspiring teen model (Elle Fanning) navigating L.A.’s cutthroat fashion world. It’s a vision of the City of Angels as a glitzy, glamorous, gorgeous Garden of Eden — albeit one populated by bitchy casting agents, predatory photographers, jealous competitors and, for good measure, random acts of cannibalism.

Such a grandiose proclamation might read as the clichéd, bratty banter of a director trying to establish his provocateur bona fides. But unlike the man’s bold, hyper-violent films, Refn in person is a soft-spoken, ingratiating conversationalist — someone who has forceful opinions but has arrived at them with careful consideration. And its oblique narrative and visual flourishes are a sincere emotional snapshot of a filmmaker and father who, at 45, seems to be arriving at middle age with more questions than answers.

Specifically, after completing the testosterone-fueled Drive and then responding with the far more out-there Only God Forgives — “It was about emasculation, about crawling back into the womb of the mother,” he says of his highly divisive killer-in-Thailand thriller — Refn decided to focus on a female main character, drawing on a lifelong curiosity about what it would be like to be a beautiful woman. “I wasn’t born beautiful. My wife is,” Refn says by way of explanation, and when he’s pressed on the subject — was he made to feel ugly as a kid? — he’ll only respond, “Being young is very difficult.”

“I know the power of beauty, I see it all around me,” continues Refn, who has shot ads for Gucci and Hennessy. “I thought, ‘To have been born beautiful, it must be really amazing. I wonder what the world looks like?’ [The Neon Demon] is a heightened, fairy-tale variation.” 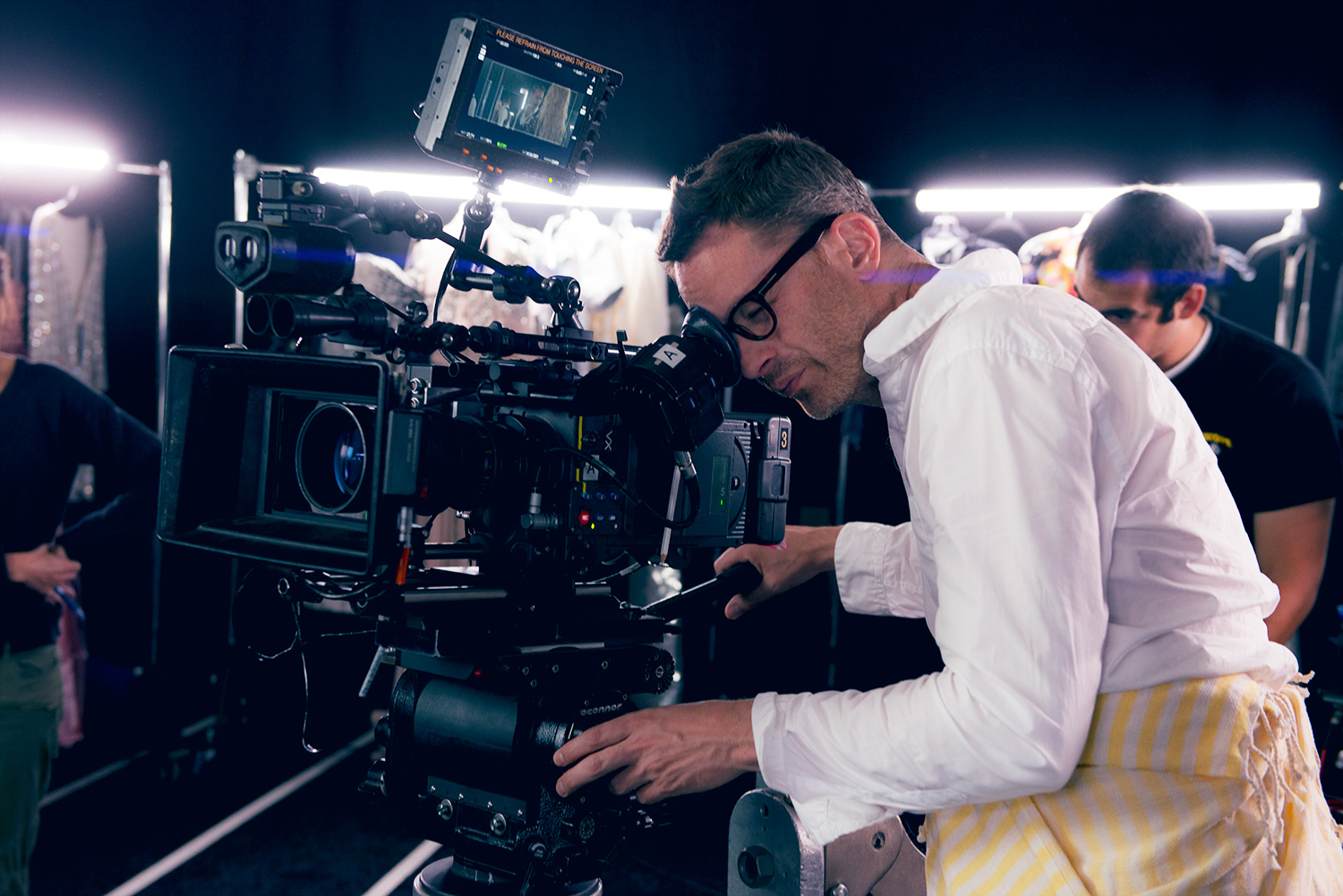 That fascination began to merge, however, with his amusement at the fashion industry’s ludicrousness and his concern about raising two daughters, the oldest now 13. “I wondered if this obsession with beauty — which has escalated enormously because of the digital revolution — what if that conflicts with the longevity of beauty, which is getting shorter and shorter?” he says. “I can see my daughter is becoming prey already, and has probably been prey [for] many years.”

But the final ingredient in Demon‘s making involved Refn addressing not personal obsessions but artistic identity. After Drive launched at Cannes in 2011 to great acclaim, turning the filmmaker into an international sensation, he returned to the Croisette two years later with Only God Forgives — and was met with boisterous boos. “[Composer Cliff Martinez] said something very interesting,” Refn recalls. “There was this whole generation of younger people that was saying nice things about it. Cliff said, ‘This is what it’s like being the Sex Pistols: However much [the establishment] try to tear you to pieces, the kids are gonna love you.’

“It took a lot of my anxiety away,” he continues. “There’s a part of me that wants to be accepted, you know? ‘Respected.’ But, also, there’s a part of me that detests the need for that, because it’s not what it’s about. It’s not about being nice. And, so, his words were very true. It’s like, ‘Yeah, I am the Sex Pistols. And I fucking love it.'”

“There’s a part of me that wants to be ‘respected.’ But it’s not about being nice. It’s like, ‘Yeah, I am the Sex Pistols. And I fucking love it.'”

“Knowing [filmmakers’] work and then knowing them personally is always so different,” says Jena Malone, who plays an experienced makeup artist who befriends the film’s naïve heroine, in a separate phone interview. “I thought he was going to be a much more masculine kind of man. He explores such intensive masculine themes — not necessarily ‘macho,’ but really exploring male themes. I didn’t realize he was going to be so sensitive, emotional. He was much more interested in the spiritual and the crevices of life: birth, death and the afterlife. He’s much more metaphysical than I expected.”

Now that Refn has unleashed The Neon Demon, does he feel released from these obsessions? Before he started the film, he was curious about narcissism, a term that usually carries a negative connotation. “The younger generation — and I hate to say ‘the younger,’ ‘cuz that means that I’m older — accepts that narcissism is a quality,” he says. “Because of course it is — it’s always been. Aleister Crowley’s theory was that the sin was not doing things you’re not supposed to do; the sin was not doing things that you feel like doing. That brings a lot of interesting conflicts. But in creativity, [it means] doing something purely as you would like to do it. And so, for me, narcissism in creativity is total acceptance of everything around you, including all of your faults. Narcissism is not just ‘How pretty am I?’ It’s much more complex because it’s about total acceptance of one’s self.”

Refn smiles, then adds one last postscript: “I’ve come to the conclusion that narcissism is wonderful.”