Where Did 'Alice Through the Looking Glass' Go Wrong? - Rolling Stone
×

Like a heroine tumbling through the rabbit hole, Disney took its own great fall this past weekend, as prospective tentpole Alice Through the Looking Glass coughed up a meager $34 million at the box-office in its opening days of release. A paltry sum in comparison to the $116 million opening weekend that Tim Burton’s 2010 original “dark” fairy tale garnered, this sequel’s poor showing registered as a sizable blip in Disney’s ledgers. Floppier than the average flop, Disney’s new folly provided industry competitors and common filmgoers several valuable lessons about how movies are made and sold. Or at least, it better — when executives stand to lose hundreds of millions of dollars, someone usually demands a few answers as to how the hell this could have happened.

15 Best and Worst Johnny Depp Roles: From Scissorhands to Sparrow

Because by anyone’s calculations, Alice Through the Looking Glass should’ve worked. Burton’s mall-Goth adaptation coined a winning formula that Disney and other studios have followed right to the bank time after time. The House of Mouse scored big with the ready-made Oz the Great and Powerful ($493.3 million), Cinderella ($543.5 million), and Maleficent ($758.5 million), clearing an easily-traveled path to riches for Mia Wasikowska’s second adventure as the latter-day Alice. So where did this well-oiled locomotive jump the tracks?

A Very Important Date
It’s not the sexiest or most satisfying rationale, but scheduling could be partially to blame. Consider the conditions of the first Alice‘s release: It opened on a quiet March 5th, well before the anything-goes fracas of summer blockbuster season got going; its only rival was Antoine Fuqua’s forgotten cop drama Brooklyn’s Finest. The weeks that followed didn’t give the film too much competition either, as it spent three weekends at the number-one spot before How to Train Your Dragon unseated it — and even then, Alice remained among the top five earners for two more weeks. Conversely, Looking Glass had to contend with the encroaching superpowered menace of X-Men: Apocalypse, which maintained a stranglehold on ticket counters this weekend with a $80 million gross over the four days. Better to be a morbidly obese minnow in a tiny pond than a runty, weak fish in a moderately-sized pond, as they say.

The Depp Scandal
Though as unfortunate timing goes, releases jockeying for cineplex dominance were the least of Looking Glass‘ troubles. This past week, casting Johnny Depp in the lead role of your major franchise release suddenly became a decidedly unprofitable move. When the star’s longtime partner Amber Heard came forward and declared that he had physically abused her, the actor’s stock plummeted in the kangaroo court of public opinion, even as the public chattered about whether she was to be believed. The reflexive revulsion at domestic violence could have very well driven audiences away from the latest feature starring cinema’s master of disguise; his reputation is now more than a little marred by this shocking accusation. While the sum pales in comparison to the worth of a human life, Heard’s decision to seek justice could cost Disney millions in collateral damage. 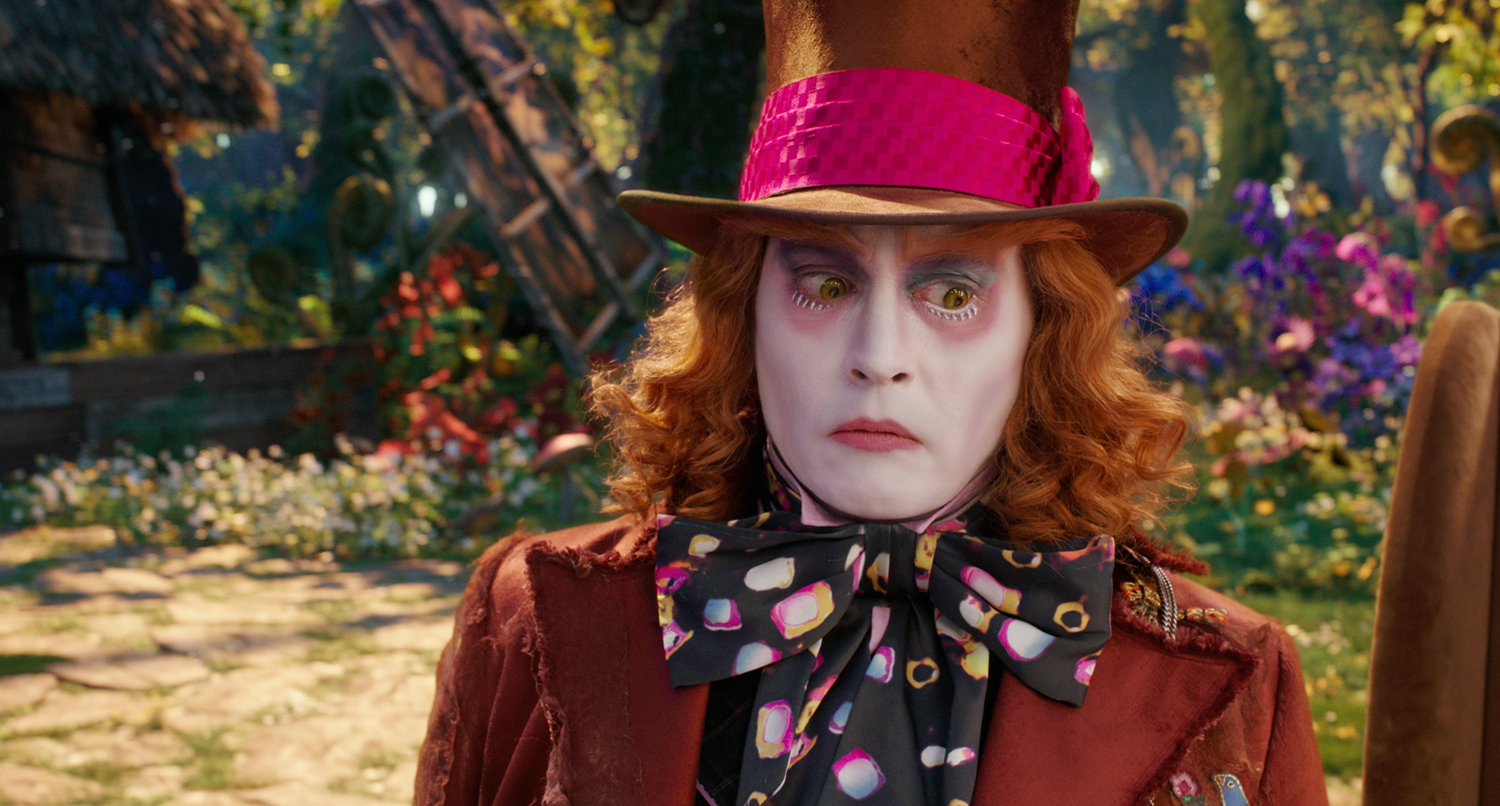 Disney 2.0 Fatigue
In a bigger-picture sense, the James Bobin-directed film may herald the slow pop of the reheated-fantasy bubble. Every trend has hit a point of diminishing returns after enough similar releases clog the marketplace, and though Disney’s recent Jungle Book reboot earned a princely $881 million, the fact remains that the studio can’t keep doing this forever. They’ve already committed to reworks of Pete’s Dragon, Beauty and the Beast, Dumbo, Mulan, Pinocchio, The Sword in the Stone, and spin-off properties revolving around Tinkerbell, Cruella De Ville, the “Night on Bald Mountain” sequence from Fantasia, and the “It’s a Small World” ride in the years to come, among others. At a certain point, audiences will have no choice but to decide that enough is enough and demand something more. Looking Glass provides an early glimpse of a future where eight-figure investments hemorrhage zeroes instead of generating them.

Ain’t No Rebooting a Reboot
On an even more granular level, Looking Glass‘ fiscal struggles illustrate the unique challenges of franchising a rebooted property. Across the board, this new wave of remakesploitation has spawned hit-and-run affairs — see Alice Through the Looking Glass and this year’s The Huntsman: Winter’s War, a follow-up to the 2012 film Snow White and the Huntsman. In both instances, the sequel drew a pitiful gross that recouped a fraction of the production cost, and an even smaller fraction of the originals’ box-office receipts. The main lure of these reboots lies in their novelty; audiences buy tickets out of curiosity to see how the characters they know and love will be updated and revised. But after that quality has worn off and there’s no mystery left, something has to remain to sustain a film’s basic worth. The sequels to these reboots lack that tantalizing and paradoxical familiar-newness, and with no redeeming wit, beauty, or technical competence to hide behind, the jig is up.

Good Ol’ Badness
Depressing as it might be, the fact that Alice Through the Looking Glass happens to be bad ultimately ranks as an incidental detail. Optimists may feel free to interpret the film’s commercial failure as the free market functioning properly — thank you, natural selection, for eliminating an inferior product as unworthy of the public’s dollars and attentions. And while it’s always heartening to see audiences recognize a bad film for what it is and shun it accordingly, in the context of this quandary, that’s not a satisfying solution. Plenty of subpar projects have surged to a handsome payday in spite of negative notices and disparaging word-of-mouth; for every Pan ($128 million), there is a Mirror Mirror ($183 million) and Hansel and Gretel: Witch Hunters ($226.3 million). In a perfect world, good movies would make oodles and oodles of money, bad movies would cough themselves to death in relative anonymity, and everyone would get ice cream. But in our flesh-and-blood plane, telling the difference between the good and bad can get contentious, and even when critics reach a consensus, that hardly means peanuts to the people that turn studio contenders into blockbusters.

In the end, there’s no scientific answer to the question of Why Alice Through the Looking Glass Ate It Big Time — the best guess still remains a perfect-storm combo of unfortunate circumstance and shifting cultural tastes. But in the unhinged absurdist forbidden-zone of Carroll’s original fiction, up was down and big was small. A programmed-for-success studio product failing with the spectacular-fireball quality of a passion project fits right in.