American Playboy: The Hugh Hefner Story, the new 10-part docuseries on Amazon Prime, asks us to imagine its subject as the Don Draper of gentlemen’s magazines. From humble origins, Hefner ascends the hierarchy of mid-century media, aided by a potent alchemy of ambition and chiseled instinct. He is – for the most part – amoral, though not without specific convictions. Stirred by Alfred Kinsey’s seismic 1948 report, Sexual Behavior in the Human Male, he determined in his junior year of college that sexual taboos were not merely hypocritical, but fundamentally damaging. American popular culture trumpeted a “Norman Rockwell view of the world” that Hefner regarded as wholly fictitious. Accordingly, his paramount aim in founding Playboy was to introduce sexuality as a crucial and healthy topic for public discourse.

On its own, this motivation is worthy, and to be sure, the documentary beseeches us to appreciate Hefner as a trailblazer, even a progressive. It’s true: cultural conversations agitate and shift the status quo because their participants are bold – not necessarily because they are morally upstanding. Centuries of social progress – almost always a slow, aggravating grind – are littered with figures complicit in systems of oppression that they considered irrelevant to them, or did not consider at all. As an upwardly mobile white man, Hefner buttressed his Playboy empire with women’s bodies: it’s no surprise that their exploitation was invaluable to his success. And yet the history of sexuality demands that we understand how Hefner and his publication intervened in the narrative of American male sexuality, exploding the white picket fences that demarcated its boundaries.

In an effort to marshal our sympathies, the documentary, directed by cinematographer Richard Lopez, does not merely present footage, but dramatically recreates Hefner’s universe. New Zealand actor Matt Whelan performs the role of Hefner, and provides voiceover, continuity that offers both intimacy and the mirage of authenticity. It’s as if young and old Hefner coexist in one dimension, one demonstrating the events of the past, and the other reflecting upon them. Unsurprisingly, the result is a rosier depiction than one might assume; it is history rendered as Hefner and his lot might prefer to remember it. And yet, what is keenly portrayed is Hefner’s alienation from the world he squarely rejected. Though we hear from ex-wife Millie Hefner and his children in the context of interviews, they do not appear as characters in the early episodes. Instead, we’re ushered into the masculine urban sexscape that gripped Hefner’s own consciousness as Playboy first launched.

Here, five things we learned from the new documentary.

Hefner began his creative work as a cartoonist
As a child, Hefner was shy, and took to drawing cartoons as a way to combat his social anxieties. In high school he founded his school’s newspaper, and wrote and illustrated his own comic book, “School Daze.” He continued this work as an undergraduate at the University of Illinois at Urbana-Champaign. The impulse to draw grew from Hefner’s desire to construct and dwell in a fantasy of the world as he would have preferred it. Often, these fantasies centered on the sort of man he wanted to be. He was dazzled by celebrities like Humphrey Bogart, who performed masculinity’s most desirable iterations. Hefner sought to reinvent himself according to mid-century heteronormative ideals. Esquire served as the primary guidebook for men seeking to transform themselves into chick magnets, and before the 1950s – a more sexually restrictive era – they also included images of pinup girls. Hefner was seduced by the pinups, thereby exploring his own desires as he simultaneously studied how to be a desirable man. 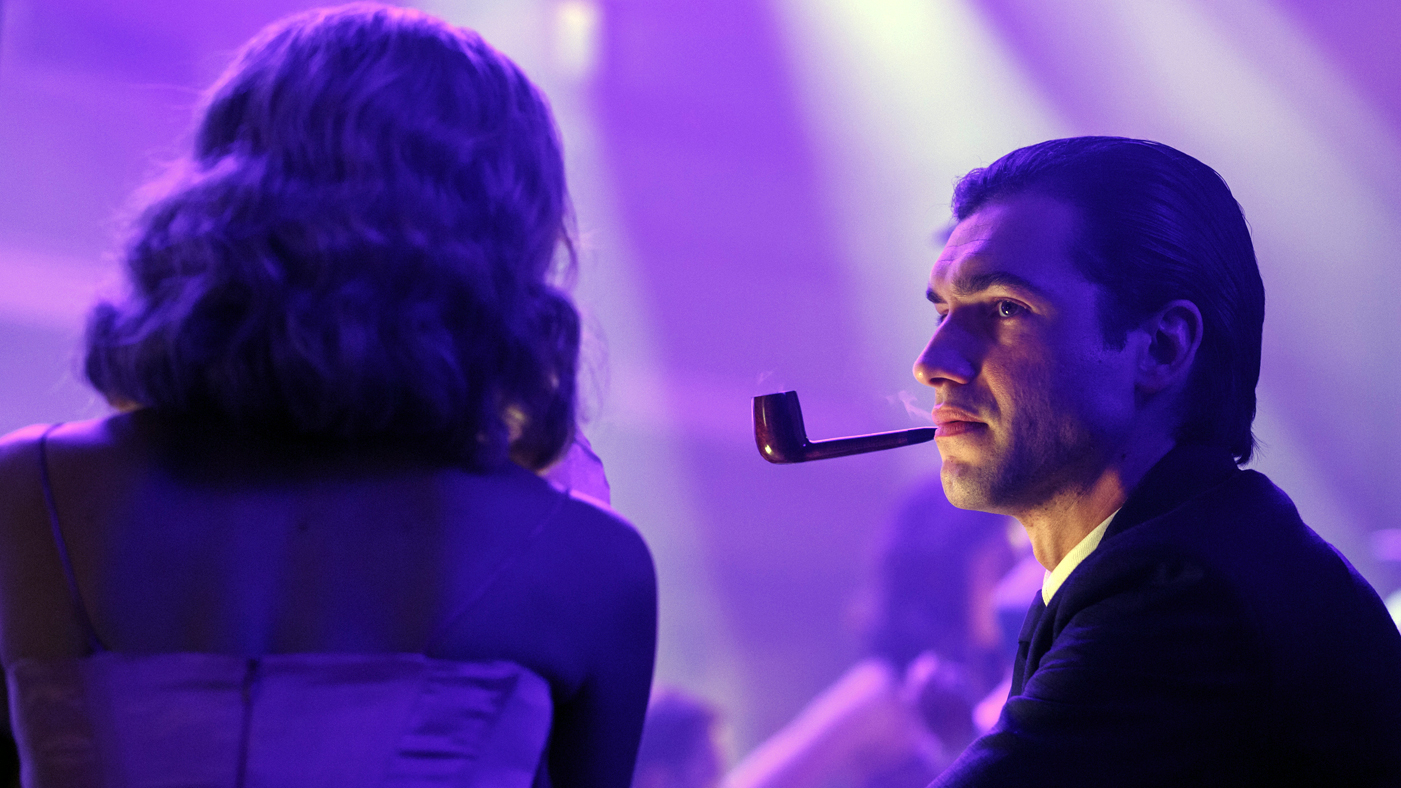 Searching for the perfect pinup girl was, predictably, a transaction between men
When Hefner and his colleagues started work on the first issue of Playboy, initially called Stag Party, it was the early 1950s – a far more puritanical time. Esquire, for whom Hefner briefly worked, no longer included pinup girls or cartoons; wholesomeness was the new fetish. So when he decided to begin his own magazine, he modeled it after the Esquire of the 1940s and curated it according to his own interests: writing on music, literature and culture for “the young, urban male.” But whereas many of the pinup girls in other mags of the time had previously been drawn, Hefner decided to confront the issue of sexuality more squarely by including photos of nude women.

This, on its own, was not revolutionary: sunbathing magazines existed at the time, and their female models posed naked. But Hefner wanted his magazine’s pinup to contain a pointed editorial message: sex was OK. Unsurprisingly, however, the means of conveying this message was deeply sexist. At the time, calendar companies purchased photos of nude models, as well as their rights. Anyone who wanted to procure one of these photographs was required to do business with the company that owned it. When word spread that one of these calendar companies had purchased an early nude photo of Marilyn Monroe, Hefner realized that this was the key to making the first issue of Stag Party a success – after all, there was no woman in America more desired and revered as a sexual icon. Monroe, of course, had no say in this transaction: Hefner approached a male representative at the calendar company and bargained for the photo. After purchasing all rights to it, he was free to distribute it without recourse.

Playboy shaped Hefner’s lifestyle, not the other way around
Hefner did not model Playboy’s content after his own glamorous lifestyle – at first, it didn’t exist. He married his college sweetheart in 1949 – they lost their virginity to one another when he was 22 – and he lived modestly with his young family away from Chicago’s more lascivious allures. But after the first issue of Playboy was a rollicking success, Hefner moved the magazine’s office from his kitchen table to downtown Chicago and hired a larger full-time staff. He would end up spending increasingly more time at work, even moving a rollout couch into his office so that he could sleep there. Accordingly, his marriage suffered. 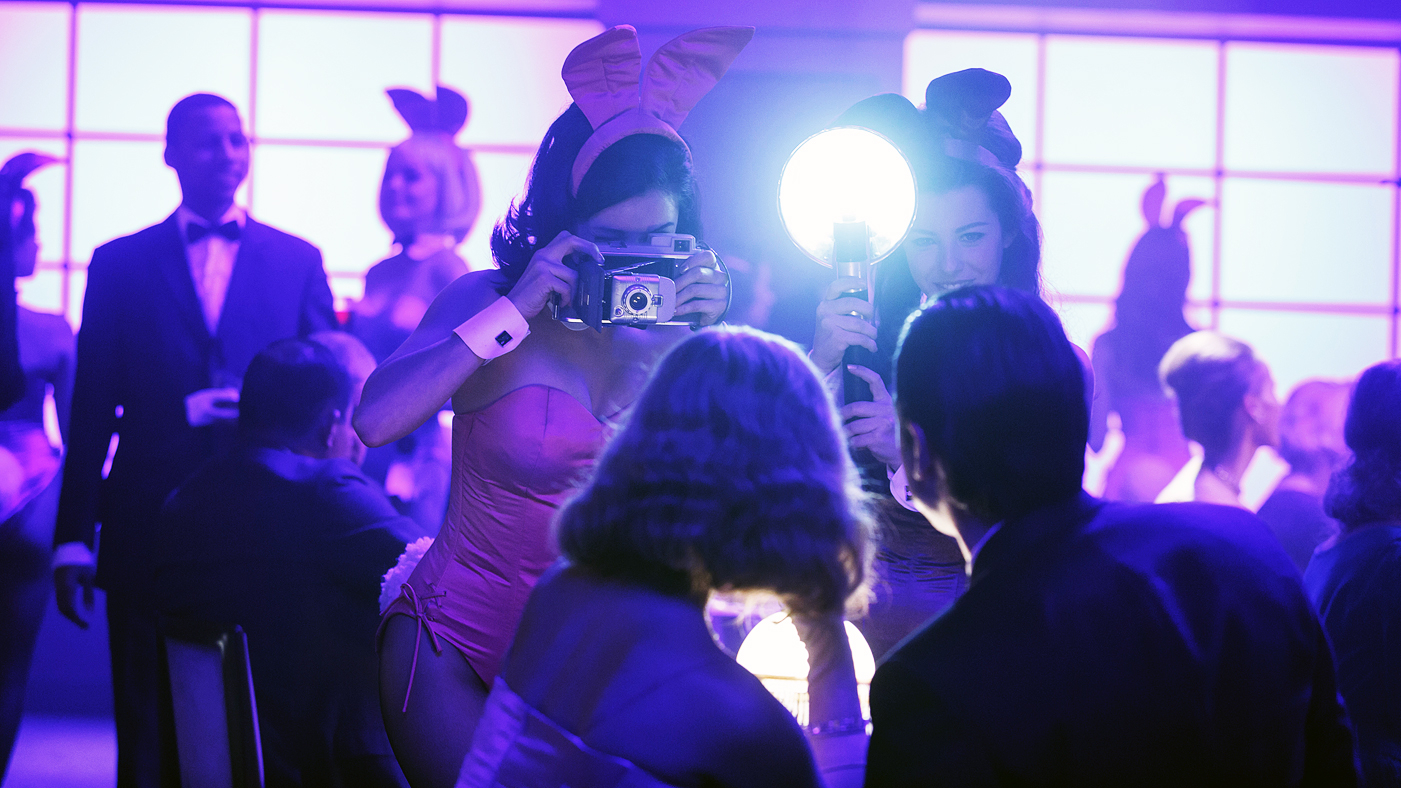 Hefner, however, seemed to feel no guilt. His team, comprised of men and women, would end up becoming a second family, and started hitting the town together. Soon enough, Playboy would start showing up on the invite list for Chicago’s more elite parties. It is at one of those events that Hefner met his first actual playboy: Victor Lownes. An old-money raised, mid-life divorcee who came to the conclusion that he didn’t want to be trapped by the confines of marriage in his 40s.

Whereas Hefner was “shy and cerebral,” Lownes (who died earlier this year) was gregarious and promiscuous – the sort of person Hefner wanted to be. He hired the independently wealthy Lownes as Playboy’s manager of promotions. And at the same time, he started to learn the art of masculine sophistication, the very thing his publication peddled. Hefner explains that, during this time, he was “exploring the outer limits of what it really meant to be moral.” But the series also makes it clear that he was stifled by the traditional values that, up until that point, choreographed his life, and that he is purposefully discarding them.

Hefner and his colleagues looked to carve out a new kind of American masculinity
What Hefner ended up realizing, as he drifted further away from his family, is that he disdained the prevailing expectation for men to “settle down,” as it were, immediately after college. He started to live as if he were a single man and, accordingly, comes to believe that all men should enjoy a period of revelry and self-indulgence prior to marriage. (There is no discussion about whether women deserve similar lenience, or how women factor into this idealized bachelor period.)

At the dawn of the 1960s, Hefner also decided that the magazine should shift its aim – that it should be a guide on “how to become the ultimate playboy.” At that point, there was no magazine that looked at how to live as a single man. Playboy looked to fill that gap while promoting a new way of navigating one’s youth. Hefner determined that his magazine would initiate trends, rather than follow them, and methodically demonstrate how to effectively and exuberantly live “the playboy lifestyle.” Playboy set out to offer a new perspective on what masculinity can mean. At the time, heterosexual manhood was exemplified by outdoor pastimes: fishing, hunting and grilling. But men could also mix cocktails in smoking jackets, read Sir Arthur Conan Doyle and appreciate works of art. Playboy started to promote a genteel form of heteronormative masculinity: men who wanted to bed beautiful women, but didn’t necessarily care to thread worms onto fishing books.

Playboy invented the concept of the “girl next door.”
After the first issue of Playboy, Hefner realized that they had to shift their pinup strategy. The logic was that when one launches with Marilyn Monroe, it’s impossible – or so it seemed – to follow with someone of comparable desirability. So began the “Playmate of the Month”: the magazine chose beautiful, but unknown, women, to be featured nude with a short biography provided. The first, Miss January 1954, was Margie Harrison.

But before long Hefner wearied of the quality of centerfold pinups. Charlaine Karalus, Playboy’s subscription manager – and Hefner’s lover – suggested that the magazine take its own photos. Talented and beautiful, Hefner asked her to be Miss July 1955. She agreed, under the condition that she was provided an alias. And so, “Janet Pilgrim” became the first so-called “girl next door.” As the magazine explained, she came from their own offices – a reminder that gorgeous women were not only to be found on pinups or in the movies. Miss July 1955 became a genuine sensation precisely because she was not a professional model. There was excitement in the idea of an unexpectedly sexy woman, a woman who was extraordinarily attractive but, due to circumstances, approachable. After that, Playboy began to photograph women who were not models by trade: students, clerks, authors and so forth. Hefner cultivated this practice into a philosophy – that his magazine would never spurn the women “right in front of us.” It was a brilliant move predicated on both male fantasy and male entitlement. Hefner understood that most men yearned for a seeming paradox: an attainable Aphrodite. If one could, theoretically, bump into a woman on the street, then she must not be too far out of reach, so to speak.