When we think of capital-G, capital-A Great Acting, we go right to the grand displays of force: Marlon Brando howling for Stella, Vivien Leigh swearing to God that she’ll never go hungry again, Daniel Day-Lewis theatrically slurping up that milk shake. There’s something electric about watching go-for-broke performances such as these, a sort of contact high emanating from the emotional extremes onscreen.

Amy Adams does not tend to do things like this, and Friday morning at the Toronto International Film Festival, she reminded audiences why she doesn’t need to. In both the sci-fi mind-expander Arrival and the seductively stylish melodrama Nocturnal Animals, the actress conjures great power and feeling with a decibel level just above “hushed.” Adams has proven she can play a human plastered-smile (Junebug, Enchanted), inner turmoil (Doubt) or steady, secure authority (The Fighter, The Master, American Hustle). But she’s usually at her most formidable when wielding little more than a purposeful glance or an upturned eyebrow — and with this TIFF one-two punch, she dials herself even farther back and somehow seems more compelling than ever.

For starters, she owns Sicario director Denis Villeneuve’s take on Kubrick-meets-Close Encounters extraterrestrial existentialism, in which her world-renowned linguist Dr. Louise Banks becomes humanity’s last hope after aliens park their giant shell-shaped vessels on Earth. The character runs herself ragged cracking and deciphering the visitors’ inscrutable code, though the actress prefers to let the gestures do the talking — a trembling hand clutched and hidden, a slight stutter or clipped sentence, eye contact purposefully avoided.

More impressive still is how Adams fields the considerable challenge of the script’s many flashback sequences. On dozen-or-so occasions, a trigger — anything from a caged bird to the phrase “non-zero sum game” — will send Dr. Banks on a Proustian carpet ride back to her idyllic days with her since-deceased daughter. This ultimately means that while shooting the “present” of the film, Adams was tasked with emoting in response to scenes shot days earlier or later, filming reaction shots to nothing. Instead of devolving into heaving sobs or curling up in the fetal-position, she lets minuscule cracks form in her face’s stolid exterior. As a professional handling what could be a global cataclysm, what she can’t allow herself to say or do provides the most insight into her mind. The fact that the star lets you see that without ever resorting to emotional histrionics or Oscar-clip moments is quietly stunning. 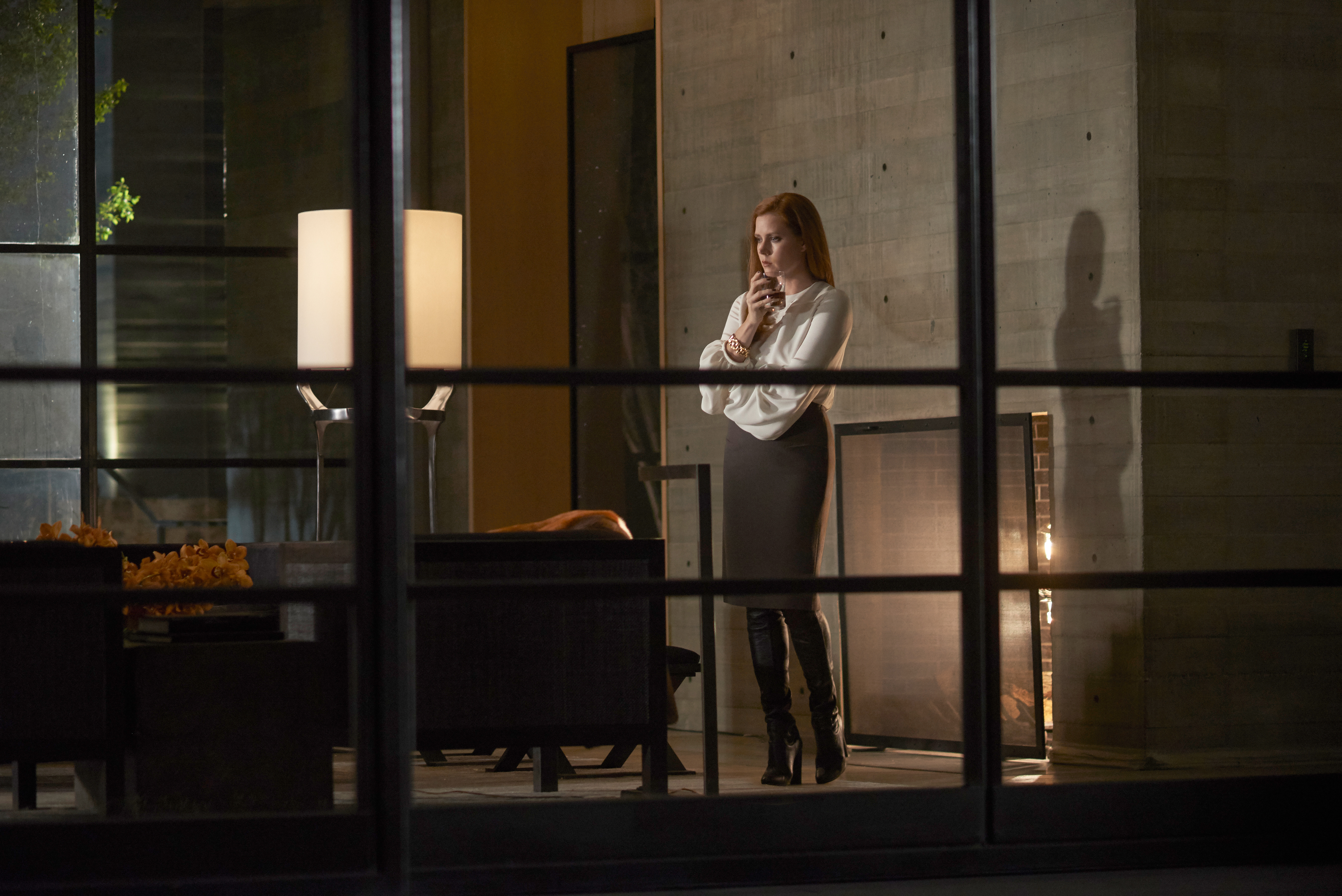 Then comes her turn in Nocturnal Animals, Tom Ford’s high-gloss tale of revenge, regret, and impeccably appointed Los Angeles interiors (seriously, the designer-turned-filmmaker must daydream about polished marble and neutral-tone bedrooms). Adams is an art dealer named Susan Morrow who gets a different sort of blast from the past: Her ex-husband has mailed her a copy of his new manuscript, a highly disturbing and violent yarn of a redheaded woman slaughtered by Texan wastrels. The fact that the book’s protagonist bears a strong resemblance to the author’s spouse … well, let’s say it’s not quite a coincidence. Once again, Adams is stuck in a cross-current between “reality” and her visualization of the book-within-the-movie as she reads it. Moreover, Ford’s house style — characterized by subdued performance, excepting Jake Gyllenhaal’s bereaved husband and father — puts Adams’ unique set of skills to excellent use.

Adams’ career has been wildly varied, collecting everything from paycheck romcoms to clutch supporting roles in auteur-helmed projects to, uh, Batman v Superman: Dawn of Justice. Custom-fitting her muted emotionality to match the given material, Adams carried two vastly different films over the course of a single morning at TIFF. It’s nicely apt that her latest successes should come at this festival in particular, by the way; moreso than indie haven Sundance or the high-prestige European programs, Toronto is where the art house meets the neighborhood cineplex. Likewise, Adams’ work is understated yet immediately accessible to film nerds and once-a-year moviegoers alike — a brilliant performer’s masterclass in minimalism, coming soon to theaters near you.