“I think it’s time science had a comeback,” says Brad Bird. “To me, science is God. How could anyone not be excited by it?” With his new film, Tomorrowland — about an All-American teen genius (Britt Robertson) recruited to join a futuristic secret society of the best and brightest and help save the world — the 56-year-old director wants to turn a new generation on to the glories of intellectual curiosity and good old-fashioned optimism. And given that this former animator (The Incredibles, Ratatouille) is the man who gave us Tom Cruise scaling the Petronas Towers in Mission: Impossible — Ghost Protocol, Bird plans on doing this the only way he knows how: via a big-budget summer blockbuster, complete with special effects, CGI landscapes, robot moppets and George Clooney. He could make you believe a rat was a culinary wunderkind, but can he make utopian nerdiness cool?

Right before Tomorrowland‘s premiere, Rolling Stone spoke to Bird about finding humanity in corporate-tentpole moviemaking, why it may be time for dystopia-chic films to take a break and what The Simpsons taught him about storytelling.

There’s a good deal of Space-Age futurism in here — but you borrowed from a lot of 1980s action movies, right?
We sampled pretty freely from the pop-culture table here [laughs]. But yeah, [cowriter] Damon Lindelof and I, the Spielberg movies and that era of blockbusters — those are the ones that shaped us. That said, the one movie we watched more than anything else for this was Close Encounters of the Third Kind, because it involves kids, as well as a hero who chases a vision. Mostly, though, it’s a big movie that you can’t describe very easily. I mean, is it an action film? Science fiction? A road movie? All of the above? That’s really what we were going for. Tomorrowland is not something you necessarily could sum up in a five-word pitch.

“George Clooney saves the future”?
[Laughs] Right, and even that doesn’t quite capture it. I’m just incredibly grateful that Disney is putting a lot of resources into what is an original story.

There is a bit of name-recognition branding going on, though.
Yeah, the title comes from a theme park. But it’s not a movie about a theme park. We’re going for something else.

So how do you inject a sense of humanity and originality into what is, among other things, a big corporate blockbuster that a major company is releasing into a summer-movie market?
I don’t think the two are always mutually exclusive. I’m completely hypnotized by working on a big canvas, and that does bring a lot of pressure and attention. So yes, it’s hard, but not impossible. You can make large movies that have ideas in them, even though they are a bit of a vanishing breed. And even in the age of presold-proerty movies, you can do something unique. I mean, I can’t just say, “I don’t like sequels” — I made one right before this, and I’m currently writing one now [The Incredibles 2]! But all these movies that have sequels coming out . . . I think there’s trouble in paradise if most of the available creative bandwidth is being spent on old ideas. Once upon a time, Star Wars was an original idea. I just want Hollywood to go back to making movies that feel original.

“When I was a kid, we all thought the future was going to be better than the present. And now, it’s this kind of worst-case-scenario shrug.”

The most radical aspect of this movie is that is doubles as a call to action for renewing a sense of optimism about the future. Would you say you’re an optimist?
I certainly have a veneer of cynicism, but I would say I’m definitely more a glass-half-full person that most. Damon is more of a glass-half-empty type, though he really wants to believe that people will rise to the occasion. So together, we make a reasonably grounded human being [laughs].

You have a character who rails against “dystopian chic” entertainment as destroying any sense of hope we have about a better tomorrow. Do you also think these apocalyptic movies act as a self-fulfilling prophecy?
Oh, no, I love me some dystopias! I’ll watch The Road Warrior at the drop of a hat. But I do think that, when I was a kid, we all thought the future was going to be better than the present. There were bad things happening back then as well, but we thought that there was a bold new world on the horizon, one that would solve problems and battle catastrophes. And now, it just seems like it’s this kind of worst-case-scenario shrug. If you voice any sort of hope for a better world, you’re looked at as naive or childlike. My question is, what changed? 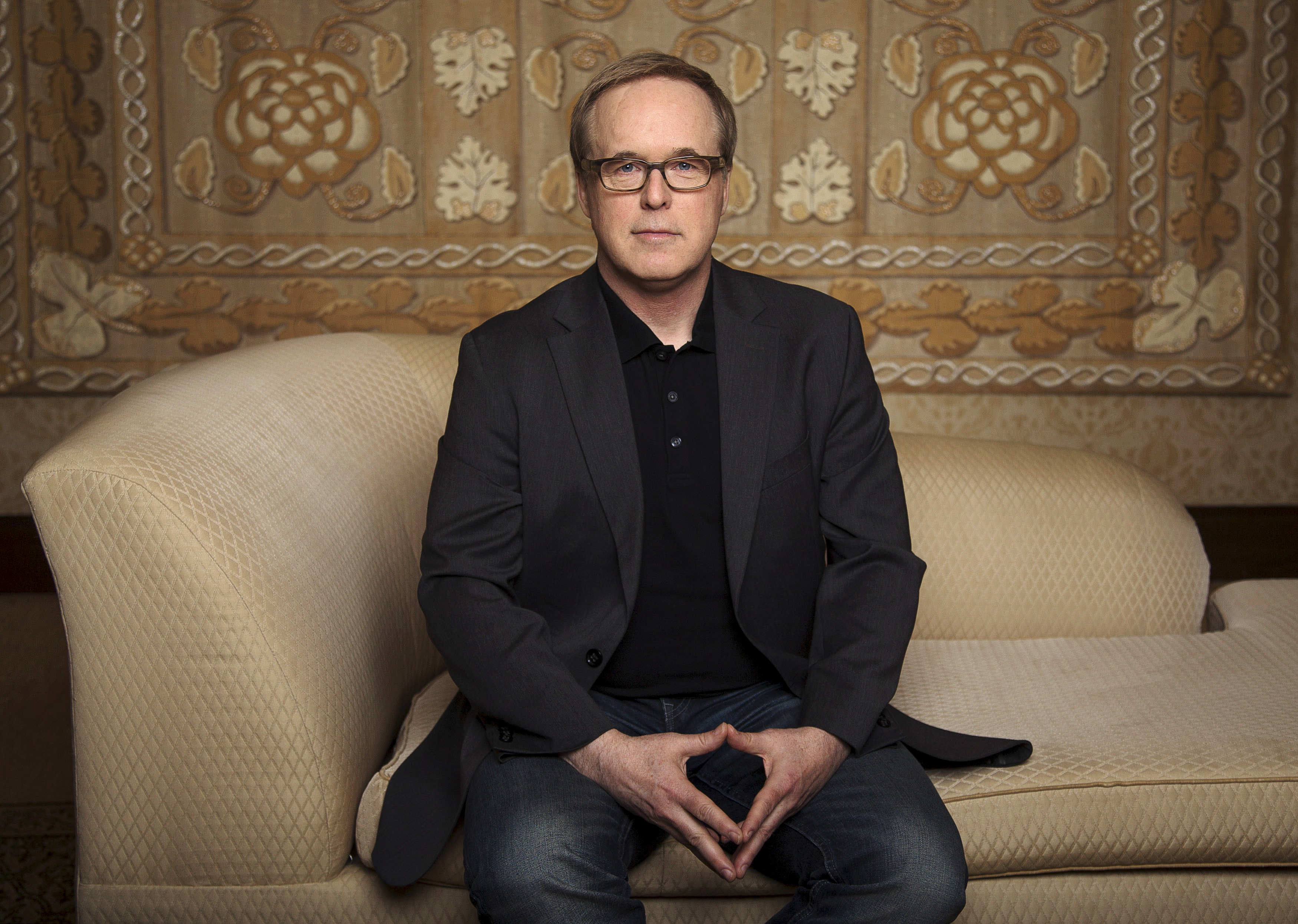 There’s a scene early on when the kid version of George Clooney’s character goes to the World’s Fair with a jet-pack he’s invented. The young woman he meets asks him: Why did you make this yourself? And his reply is, “I guess I got tired of waiting around for someone to make it for me.” That applies to the future as well. With Tomorrowland, I want to remind people: Every single day, you can collectively shape the future you want.

You were a consultant on The Simpsons for eight years.
It was the greatest storytelling boot camp you could ask for. You’re dealing with this high-quality of writing and juggling several storylines, and you have to make everything work and still boil it down to 22 minutes. And you have to do all of this very, very quickly. In that sense, the show taught me a lot about filmmaking.

Do you have a favorite episode?
I have a weakness for “Krusty Gets Busted,” because that one was the first one I directed. But I’m going with “Itchy & Scratchy & Marge,” because of a sort-of symphonic sequence where all the kids are forced to turn off their TVs and go play. All of Springfield’s kids rubbing their eyes and rediscovering this world outside their door, which turns into this colorful reawakening. Which is this movie in a nutshell, now that I think about it.